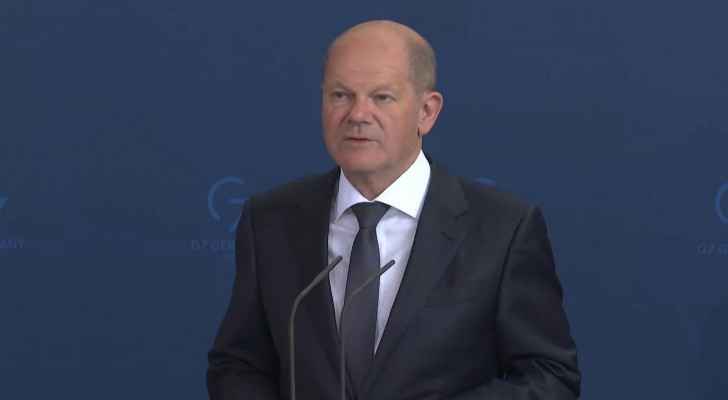 Germany will ramp up its military collaboration with Sweden and Finland as the two countries seek NATO membership in the wake of Russia's military operation on Ukraine, Chancellor Olaf Scholz said Tuesday.

"We will intensify our military cooperation, especially in the Baltic Sea region and through joint exercises," Scholz said amid concern for the two candidates' security during the transition period to NATO accession.

"It is already clear that our countries are bound together by an obligation to provide each other with all possible assistance and support for mutual protection" as members of the United Nations and the European Union, Scholz added.

"Both countries can always rely on our support, especially in this very special situation," he said.

With Moscow pressing its assault in eastern border regions of Ukraine nearly three months into its military operation, Helsinki and Stockholm are poised to give up decades of military non-alignment over fears they could be next.

Swedish Prime Minister Magdalena Andersson confirmed on Monday her country would apply to join NATO, a day after Finland -- which shares a 1,300-kilometer (800-mile) border with Russia -- said the same.

Russian President Vladimir Putin, whose war has sparked global outrage, said the move poses "no direct threat for us... but the expansion of military infrastructure to these territories will certainly provoke our response".

NATO secretary general Jens Stoltenberg told a meeting of the alliance in Berlin on Sunday that it would "look into ways to provide security assurances including by increasing NATO presence in the region" during the transition period.

"Finland and Sweden are concerned about the interim period... we will try to speed up that process," he said.