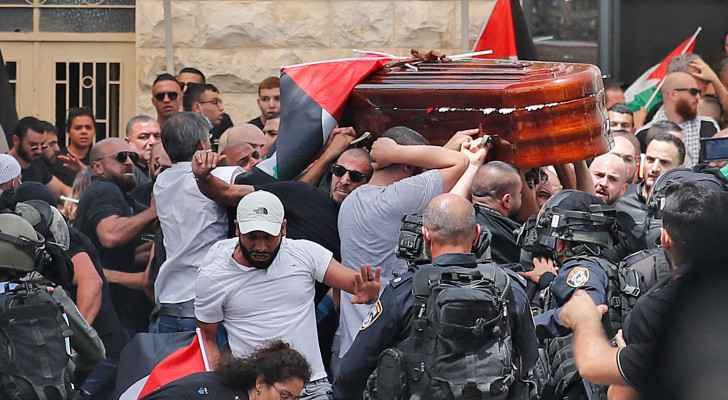 The Catholic archbishop in Jerusalem on Monday strongly criticized Israeli Occupation's police invasion last week of a Christian hospital ahead of the funeral of slain Al Jazeera reporter Shireen Abu Akleh, according to AFP.

The veteran journalist was shot dead by the Israeli Occupation army as she was covering a raid in the West Bank.

Anger over her death was compounded Friday when baton-wielding Israeli Occupation police in occupied east Jerusalem beat pallbearers carrying Abu Akleh's casket causing it to nearly drop to the ground.

The Latin Patriarch of Jerusalem, Pierbattista Pizzaballa, on Monday condemned "Israel's police invasion and disproportionate use of force" at St Joseph's hospital, where her body was being held.

At a press conference at the hospital, he accused Israeli Occupation police of "attacking mourners, striking them with batons, using smoke grenades (and) shooting rubber bullets."

The hospital is owned by the Sisters of St Joseph of the Apparition, a French-founded congregation that has been present for nearly 200 years.

Israeli Occupation police said they will investigate the incident, which was broadcast live worldwide and sparked widespread condemnation including from the United States, European Union and United Nations.