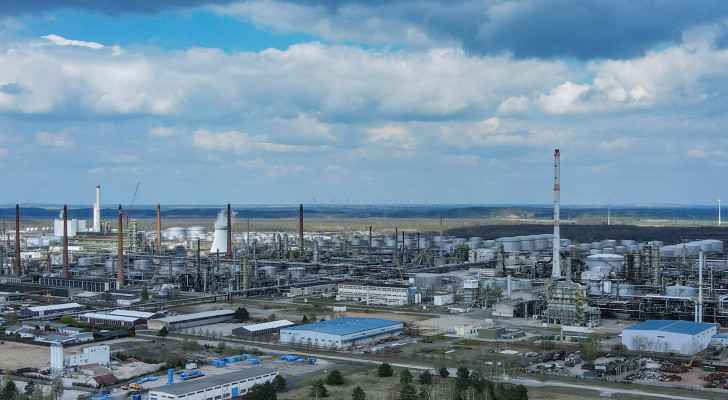 EU foreign ministers on Monday sought to break through Hungary's opposition to an embargo on Russian oil over the Ukraine war, but warned little progress was expected.

"We will discuss about it and we will do our best to de-block the situation," EU foreign affairs chief Josep Borrell said at the start of a gathering in Brussels.

"I cannot ensure that it is going to happen because the positions are quite strong."

Budapest has been holding up a push by Brussels to ban Moscow's crucial oil exports as part of a sixth package of sanctions, arguing that it would hammer the Hungarian economy.

German Foreign Minister Annalena Baerbock said: "There are still a few things that need to be clarified in the final stages. There will be no final clarification here today."

But she added that she was confident that "in the next few days we will come to a joint result."

Brussels is desperate to avoid the appearance of division in the face of the Kremlin's onslaught on Ukraine, and officials are scrambling behind the scenes to patch up a compromise.

"I think that if we understand the particular situation of some member states and all of us make an effort to present a united front against Russia, we will succeed," Borrell said.

"They only have oil through pipelines -- coming from Russia."

Brussels has offered Hungary, the Czech Republic and Slovakia long grace periods to phase out Russian oil imports but that has not yet convinced Budapest to budge.

Hungary's Prime Minister Viktor Orban, often the odd man out in EU decision making, has demanded to be exempted from the embargo for at least four years and wants 800 million euros ($830 million) in EU funds to re-tool a refinery and boost the capacity of a pipeline to Croatia.

"The whole union is being held hostage by one member state who cannot help us find the consensus," said Lithuanian Foreign Minister Gabrielius Landsbergis.

Landsbergis said the European Commission was offering landlocked Hungary until the end of 2024 to ditch Russian oil.

"That's a very, very broad, broad scope," he said. "So I think that everybody expected that this will be enough. And I cannot explain you why it isn't."

Ireland's Foreign Minister Simon Coveney conceded that a ban was a tough prospect for countries that are reliant on Russian oil but insisted that "we need to get on and do this".

"The political message is clear," he said. "The EU wants to do this, and we want to do it as soon as we possibly can."

The EU also plans to cut its reliance on Russian gas by two thirds this year, but it has been reluctant to ban imports as Germany opposes such a move.