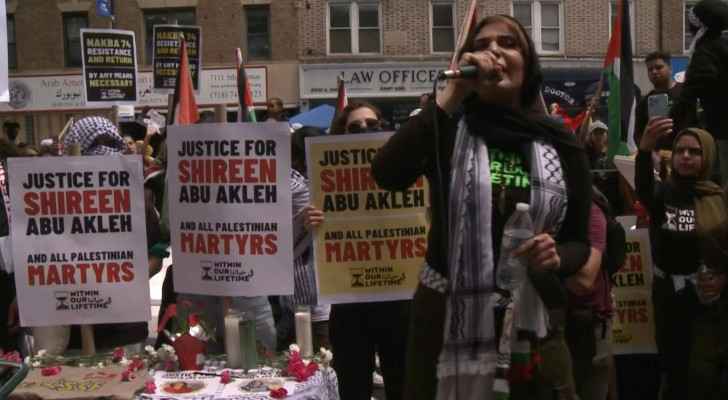 They also participated in a candlelit vigil marking the 74th anniversary of the Palestinian Nakba, in front of President Abraham Lincoln's memorial in Washington, DC.

Also Read: On the 74th anniversary of Nakba, did anything change?

The people noted that the Nakba represented the largest forced eviction the world had ever witnessed.

On May 15 of each year, the Palestinians commemorate the Nakba which happened in 1948, when hundreds of thousands of Palestinians were expelled from their homes during the war that preceded the establishment of the Israeli Occupation.