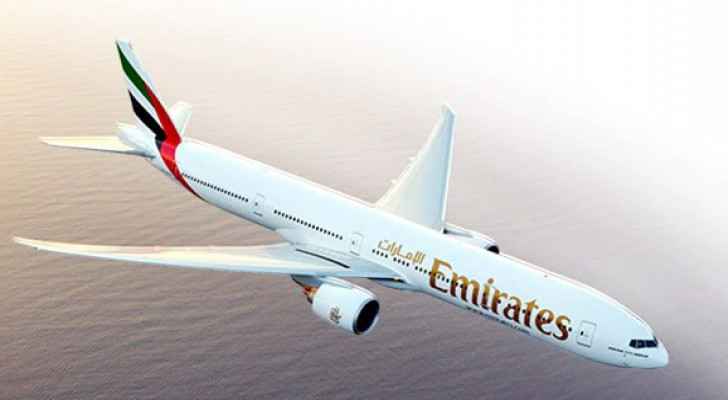 Emirates Airlines, the largest air carrier in the Middle East, announced on Friday that its losses decreased significantly, with the increase in demand for travel.

The company said in a statement that it recorded in the fiscal year 2021-2022 that ended on March 31, "a loss of 3.8 billion dirhams (1 billion US dollars), compared to losses of 5.5 billion dollars in the previous fiscal year.

In June 2021, the company announced its first annual loss in more than three decades, against the backdrop of closures related to the coronavirus, which hit the aviation sector hard.

The group stated that it received $954 million from the Dubai government this year to help it overcome the crisis.

"Our focus this year has been to restore our operations quickly and safely once the pandemic-related restrictions in our markets are eased," the company's CEO, Sheikh Ahmed bin Saeed Al Maktoum, said in a statement.

He continued, "The pace of business recovery accelerated, especially in the second half of the financial year, and the strong demand from customers contributed to our financial performance significantly improving against our unprecedented losses in the previous year, and our cash balances strongly strengthening."

He expected a return to profitability in 2022 or 2023, saying, "We continue to work diligently to achieve our goals, while monitoring headwinds, such as high fuel prices, inflation and new Covid-19 parameters, in addition to the global political and economic conditions."

The statement said that the Emirates Group, which includes dnata for procedures at the airport, recorded an annual loss of 3.8 billion dirhams ($ 1.0 billion), but with a revenue increase of 86 percent and with "strong customer demand."

"The year 2021/2022 was of special importance, as the UAE celebrated its fiftieth anniversary, and hosted the world's Expo 2020 Dubai, which led to an increase in global participation and visits to the country," Sheikh Ahmed explained.

In the previous year, after recording a large loss due to the pandemic that paralyzed the aviation sector, the group, like many other major airlines, announced the layoffs of a large number of workers.

But it said in a statement Friday that with the increase in operations, employees who were previously laid off or laid off were recalled and rehired, and new numbers were hired.

It added that the group's total workforce increased by 13% to 85,219 employees.

Emirates Airlines specializes in long-haul flights, as its fleet includes large Airbus A380 and Boeing 777 aircraft, dozens of which have been stopped due to the low number of passengers during the pandemic.

The group said it invested $2.2 billion to purchase aircraft and build new facilities, and took delivery of the last five new A380s during the fiscal year.

Emirates currently operates flights to 140 destinations representing most of its 158 destinations in 85 countries before the outbreak of the pandemic.

Tourism was the mainstay of Dubai's economy, which welcomed more than 16 million visitors in 2019. Prior to the pandemic, the goal was to increase the number to 20 million.

After initially tightening the closure, life in the Gulf emirate has largely returned to normal, with restaurants, hotels and beaches reopening, one of the first destinations to welcome visitors back in July 2020.

The UAE launched an active vaccination campaign and recorded one of the highest vaccination rates worldwide.

Iraq at a standstill during latest ....

Lebanon votes in first election since ....

Emirates says losses have decreased to one ....

Emirates says losses have decreased to one ....

Emirates says losses have decreased to ....