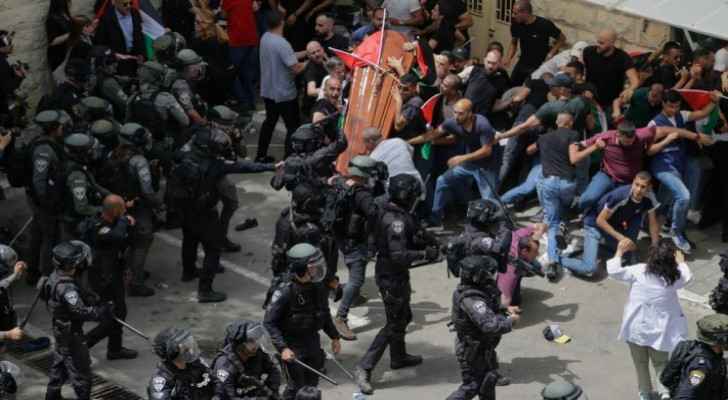 The White House on Friday expressed its "great alarm" about the violence carried out by the Israeli occupation police at the funeral of Palestinian journalist Shireen Abu Akleh.

"We've seen all these photos, they are very disturbing," spokeswoman Jen Psaki said. "We regret the intrusion into what should have been a quiet funeral."

The occupation forces wounded and arrested dozens of Palestinians during the suppression of the funeral of fellow martyr Shireen Abu Akleh in Jerusalem.

The Red Crescent in Jerusalem said that its crews dealt with 33 injuries, 6 of whom were transferred to the hospital, while covering the funeral of the martyr Shireen Abu Aqleh.