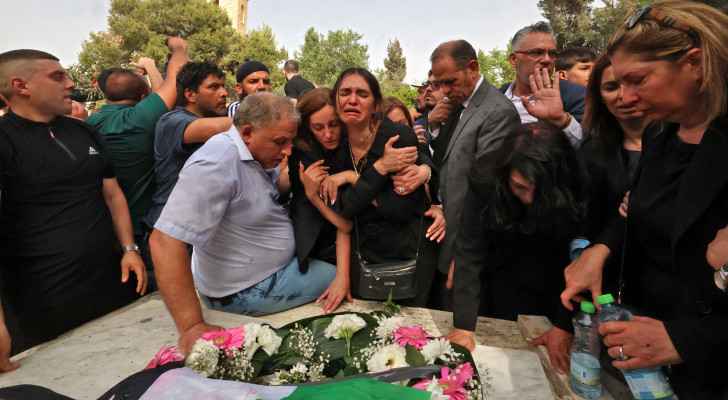 Friday, the body of the slain journalist Shireen Abu Akleh was buried in the Mount Zion cemetery in Bab Al-Khalil in occupied Jerusalem.

Her funeral was held in the Roman Catholic Church in Jerusalem, and Muslims performed the Janazah (funeral) prayer for her in the French Hospital in Jerusalem, where her body had remained since Thursday.

Earlier, the Israeli occupation forces attacked the funeral procession of the martyr Shireen Abu Akleh, as people were trying to get her body out of the French Hospital in occupied Jerusalem.