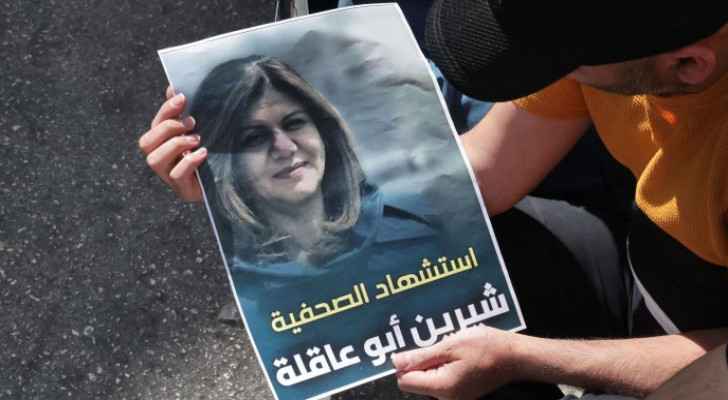 Friday, the Israeli Occupation police prohibited people from hanging up pictures and banners of the martyred colleague Sherine Abu Akleh, in front of the Roman Catholic Church.

The police stopped and assaulted people who held up the Palestinian flag. Two young men were arrested for doing so.

Additionally, they prevented young men from hanging pictures of Abu Akleh and banners denouncing the crime of her assassination in front of the Roman Catholic Church, where her funeral will be held, and detained some of them, according to reports from Wafa news agency reported.

Videos also documented the attacks carried out by the Israeli Occupation forces against mourners particularly those who were holding up Abu Akleh’s casket leaving it crashing to the ground as they beat up their legs and abdomens.