One of the besieged houses in the camp 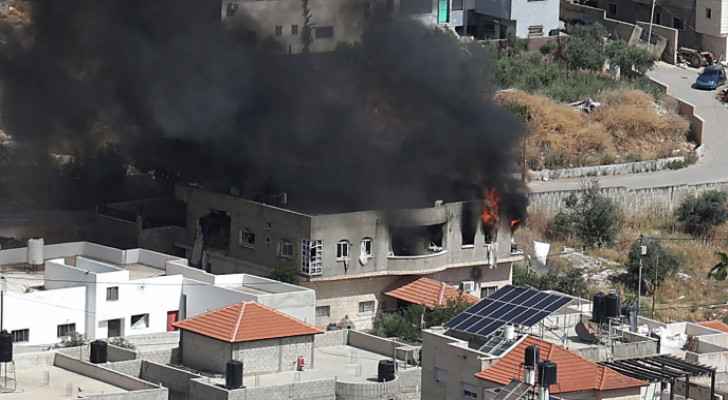 Friday, Roya’s correspondent said that the Israeli Occupation forces (IOF) surrounded a number of journalists who arrived to cover a renewed raid on Jenin refugee camp.

He added that the forces have trapped Samer Khadra and Ashraf Abu Shaweesh inside a house, opposite a house that has been besieged since this morning.

One of the journalists shouted: "The bullets are being fired directly at us from all directions," according to the correspondent.

Meanwhile, the Israeli Occupation forces surrounded a house that a Palestinian fighter barricaded himself in, and the IOF bombed it with Energa anti-tank rifle grenades, in light of the ongoing clashes between the Palestinian resistance and the IOF.

A number of Palestinian resistance fighters were outside the house, and loudspeakers in the camp's mosques called out residents to help the trapped young man.