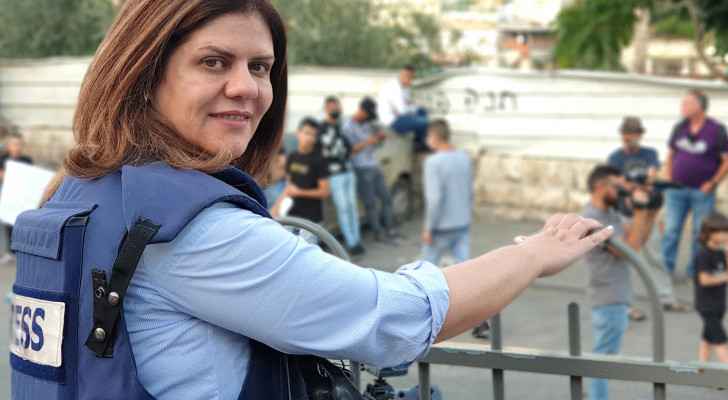 The Washington Post reported that the Israeli Occupation is investigating the accusation of one of its members in the journalists murder.

The reports added that the army identified a shooting case that took place on Wednesday by the Israeli occupation, believed to have caused the death of Abu Akleh.

The Israeli official indicated that determining who was responsible for the killing of Abu Akleh would be difficult without obtaining the fatal bullet, as he put it.

He also confirmed that the Israeli occupation soldiers had a clear line of sight, but the bullet might have hit a ground or a wall, and then hit Shireen, he said.

Interrogation with a soldier from the Israeli occupation

For its part, the Washington Post quoted an Israeli occupation military official as saying that the army is currently investigating three incidents of shooting committed by its soldiers during the murder of Abu Akleh.

One of these investigations was related to the accusation of an Israeli occupation soldier of killing Abu Akleh, reported the American newspaper.

In turn, the Hebrew Walla website said that the army does not rule out, at this stage, that its forces mistakenly targeted Al-Jazeera correspondent Shireen Abu Akleh, killing her.

AFP reported that its Jenin photographer said they saw no Palestinian fighters near the place where Abu Akleh was martyred, while confirming that the shooting was by the Israeli Occupation army.

The testimony of the Agence France-Presse photographer was added to the numerous testimonies from other journalists, who refuted the Israeli Occupation claim, which initially tried to evade the responsibility of killing Abu Akleh, and blame it on Palestinian gunmen.