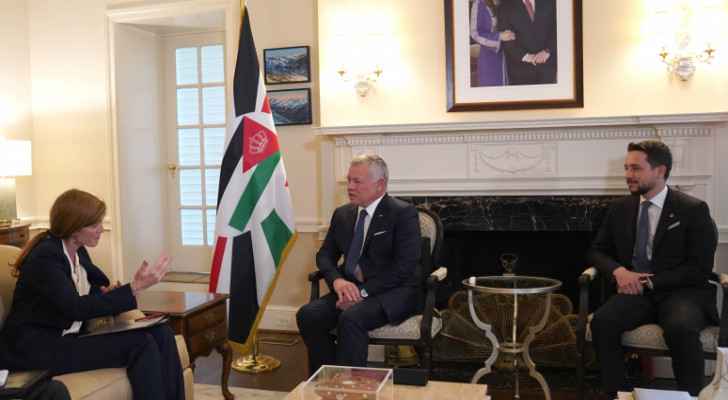 His Majesty King Abdullah and US Agency for International Development Administrator Samantha Power on Thursday discussed the programmes USAID implements in Jordan.

The meeting, attended by His Royal Highness Crown Prince Al Hussein bin Abdullah II, covered programmes in the fields of water and education, as well as enhancing governance, and empowering youth and women.

King Abdullah expressed appreciation of the United States’ important role in supporting Jordan’s development efforts through regional networking and integration, noting the need to step them up to counter international crises that threaten energy security and food security.

The meeting included a review of regional economic partnership projects, which include Jordan and are supported by the USAID, in the fields of energy, water, and food security, for the benefit of the entire region.

For her part, Administrator Power commended Jordan’s efforts in hosting Syrian refugees, and its keenness to work with regional partners to enhance resilience against various crises and their economic implications.