Funeral of slain journalist to be held Friday in Jerusalem

Funeral of slain journalist to be held Friday in Jerusalem 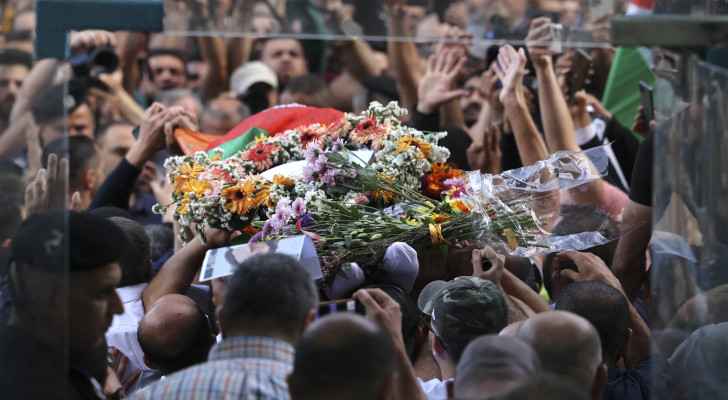 The funeral of the martyr journalist Shireen Abu Akleh, who was assassinated in Jenin on Wednesday by the Israeli occupation troops in the occupied West Bank, will be held Friday in a church in East Jerusalem.

The body of the Al Jazeera journalist was taken to occupied East Jerusalem, where her funeral will be held in the Roman Catholic Church in Bab Al-Khalil inside the Old City.

Shireen Abu Akleh, 51, was born in East Jerusalem, and she will be buried on Friday alongside her parents in the Zion Cemetery near the Old City.