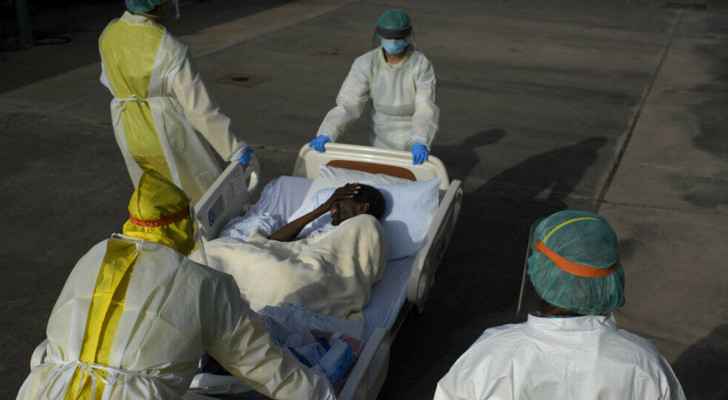 The United States has crossed the threshold of one million deaths from COVID-19, the White House said on Thursday, as the nation seeks to turn the page on the pandemic despite threats of another surge.

"Today, we mark a tragic milestone," President Joe Biden said in a statement that acknowledged the "unrelenting" pain of bereaved families, and urged Americans to remain vigilant as cases tick back up.

"One million empty chairs around the dinner table," Biden said. "Each an irreplaceable loss. Each leaving behind a family, a community, and a nation forever changed."

The US leader came to the summit hobbled by Congress' failure to approve $22.5 billion in continued emergency COVID funding, including for the international supply of vaccines, and he warned it was "critical" for lawmakers to keep financing testing, vaccines and treatments.

America recorded its first COVID-19 death, on the West Coast, in early February 2020. By the next month, the virus was ravaging New York and the White House was predicting up to 240,000 deaths nationwide.

But those projections were way off.

Even in New York -- the hard-hit early epicenter of America's COVID crisis -- the million death milestone was difficult to comprehend.

"It's unfathomable," Diana Berrent, one of the first people in New York state to catch COVID-19, said of the toll that far exceeds epidemiologists' worst predictions.

Back in spring 2020, New York City hospitals and morgues overflowed, and the sound of ambulance sirens rang down empty streets as then-president Donald Trump responded chaotically in Washington.

Two years on, and life in the Big Apple is largely back to normal as residents attempt to put the collective trauma of the virus that has killed 40,000 New Yorkers behind them.

"Without a doubt you feel the energy of the people that are on the streets. It's been a long time coming," Alfred Cerullo, president of a business improvement group in Midtown Manhattan, told AFP.

New York's rebound has been aided by its high inoculation numbers -- about 88 percent of adults are fully vaccinated, a rate that was boosted by mandates, including for indoor activities like dining.

Jeffrey Bank, owner of Carmine's restaurant near Times Square, says sales at the Italian eatery are better than they were in 2019, as residents and tourists make up for lost time.

"People have been sitting at home for two years. They want to celebrate and they're entitled to," he told AFP.

What a waste: US campaigner wears his trash for a month

What a waste: US campaigner wears his ....