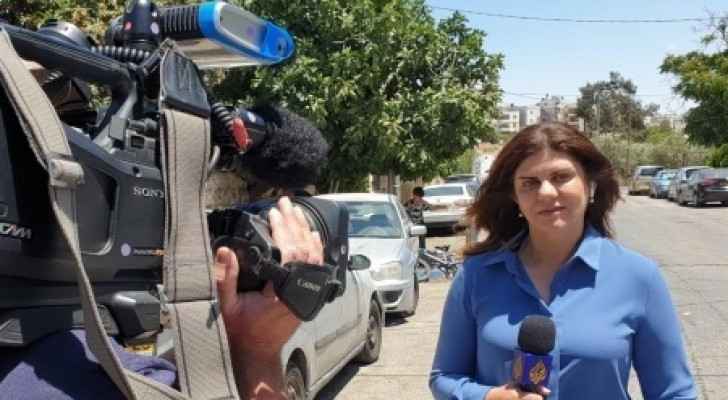 The countries also called for an international investigation to be opened.

The Republic of Ireland also condemned the martyrdom of journalist Abu Akleh in Jenin, calling for providing protection for journalists to ensure freedom and safety of the media, calling for an independent and rapid investigation adding that it will not be satisfied with an Israeli occupation investigation.

Lebanese Prime Minister Najib Mikati also had a phone call with Palestinian President Mahmoud Abbas, in which he offered his condolences to him and the Palestinian people for the martyrdom of one of the most courageous journalists over the years in the face of the brutality of the Israeli occupation and its practices against the Palestinian people.

The Egyptian Ministry of Foreign Affairs issued a statement expressing its "condemnation in the strongest terms of the heinous crime of assassination of the late Palestinian journalist and correspondent for Al Jazeera, Sherine Abu Akleh."

The Egyptian Foreign Ministry spokesperson, Ahmed Hafez, stressed that "the crime against the Palestinian journalist while she was on duty is a flagrant violation of the rules and principles of international humanitarian law and a blatant infringement on the freedom of the press and media and the right of expression," calling for the immediate start of a comprehensive investigation that leads to the achievement of prompt justice.

The State of Kuwait expressed its strong condemnation of the Israeli occupation forces' assassination of the Palestinian media, Shireen Abu Akleh, in Jenin camp, and the injury of another journalist.

The Kuwaiti Ministry of Foreign Affairs stated in a statement that this heinous crime, for which the Israeli occupation authorities bear full responsibilities, is a flagrant violation of international humanitarian law, and a blatant infringement on freedom of expression and the media.