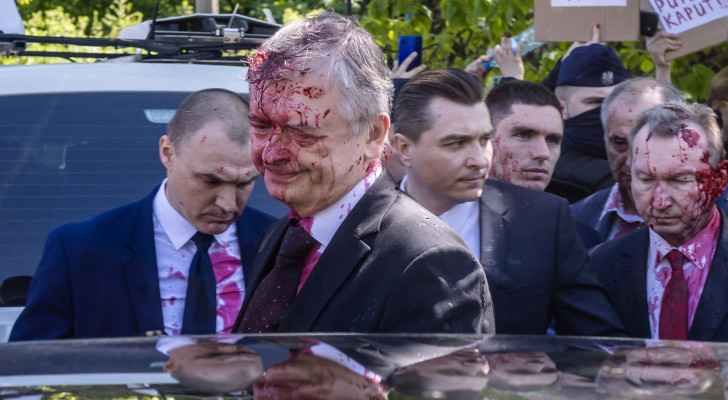 The Russian ambassador to Poland was splattered with a red substance by pro-Ukraine activists in Warsaw on Monday when he tried to lay a wreath to mark Victory Day, AFP reported.

Victory Day is celebrated annually on May 9 to commemorate the Soviet defeat of Nazi Germany in World War II. This year's events are taking place as Moscow's military operation in Ukraine enters its third month.

"In Warsaw, during the laying of a wreath at the cemetery of Soviet soldiers, an attack was carried out on the Russian ambassador to Poland, Sergei Andreev, and the Russian diplomats accompanying him," Russian foreign ministry spokeswoman Maria Zakharova said on Telegram.

"The admirers of neo-Nazism have again shown their faces," she said, repeating Russia's assertion that it is fighting neo-Nazis in Ukraine. 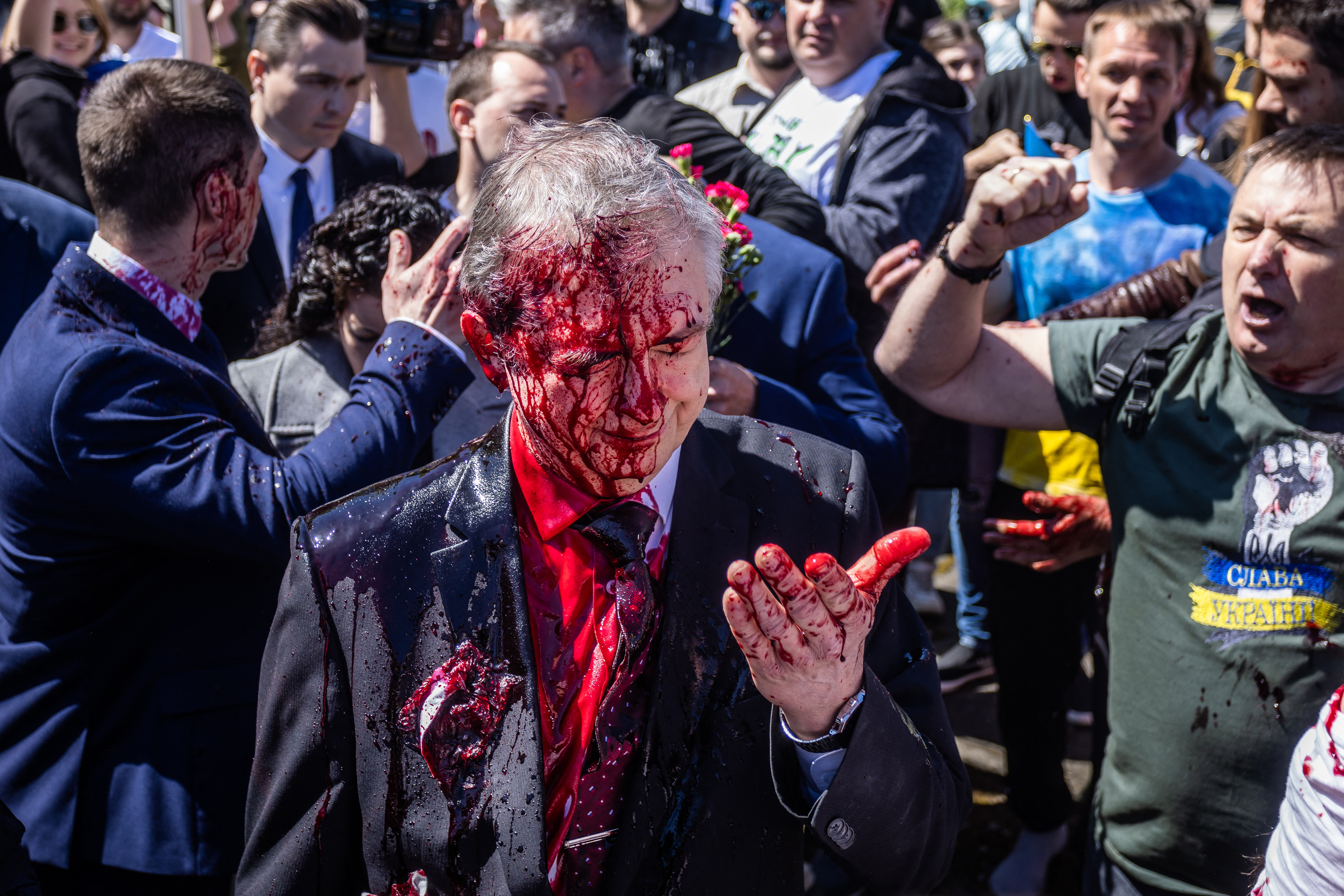 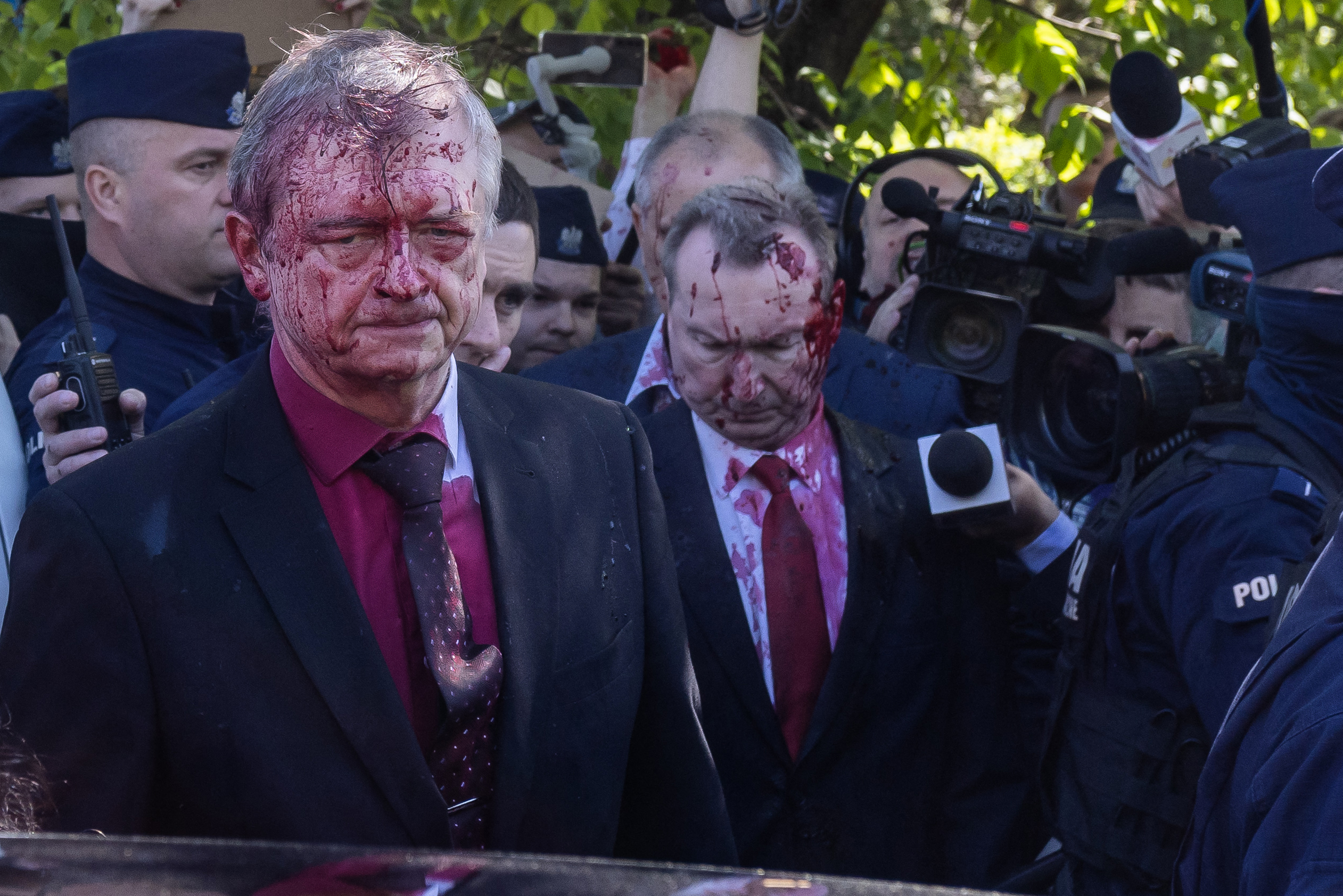 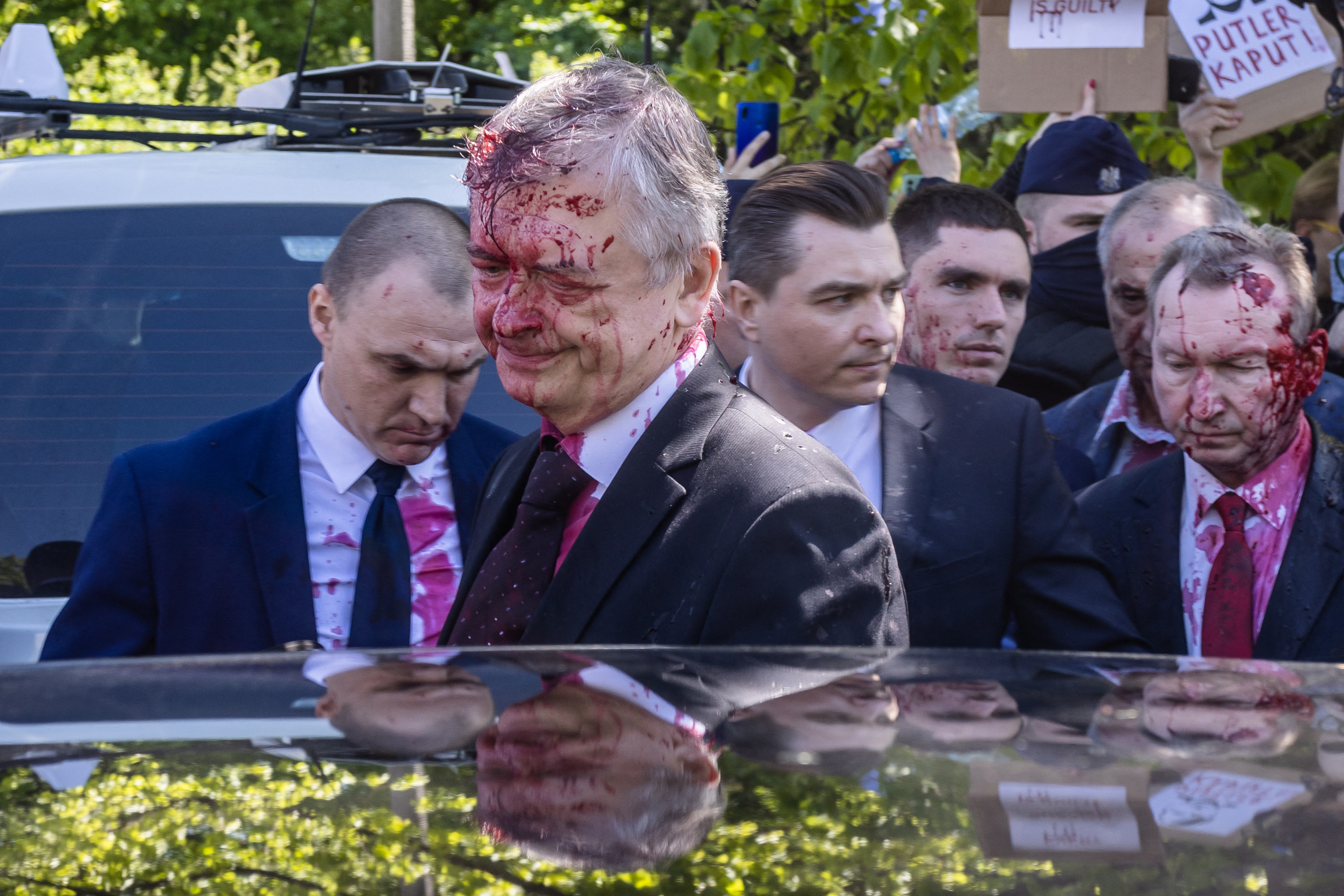