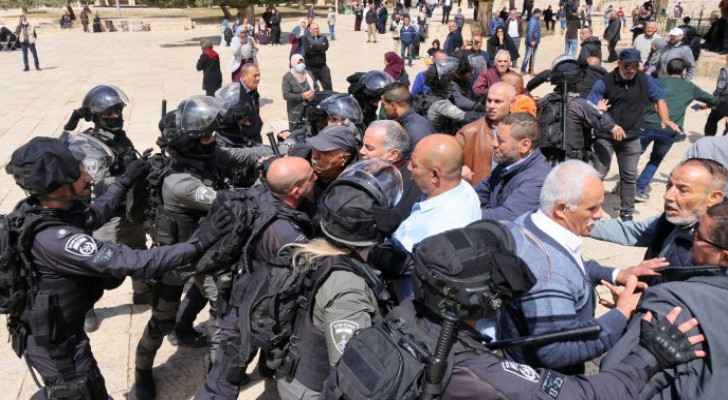 Similarly, the IOF tightened measures for entering the mosque and prevented dozens of young men from entering.

Dozens of those stationed in the mosque were suffocated and injured with rubber-coated metal bullets while the Qibli prayer hall was surrounded.

Notably, extremist Jewish groups had called for a massive storming of the Al-Aqsa Mosque and raising the Israeli Occupation flag inside its courtyards.