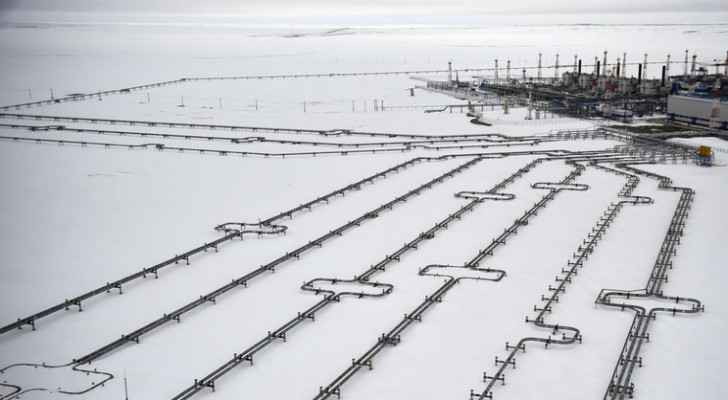 Russia said Wednesday it had destroyed a large quantity of Western-supplied weapons in Ukraine, while halting gas supplies to EU and NATO members Poland and Bulgaria in a move Brussels branded attempted blackmail, AFP reported.

With the conflict entering its third month, Ukraine conceded Russian forces had pushed deeper into the country's east and captured several villages.

Russia's defense ministry said its forces had destroyed the "large batch" of weapons and ammunition supplied by the United States and European countries using long-range missile strikes on southeastern Ukraine.

They targeted hangers at an aluminum plant near the Ukrainian city of Zaporizhzhia with "high-precision long-range sea-based Kalibr missiles", the ministry said, without specifying the weapons destroyed.

It comes a day after a summit in Germany of 40 Western allies to discuss arms supplies to Ukraine where Washington pledged to move "heaven and earth" to enable Kyiv to emerge victorious.

Tensions are also rising in a breakaway region of Moldova bordering southwestern Ukraine, where the interior ministry said that shots had been fired at a village housing a Russian arms depot after drones flew over from Ukraine.

Russia's energy giant Gazprom said it had stopped all gas supplies to Poland and highly dependent Bulgaria, after not receiving payment in rubles from the two EU and NATO members.

President Vladimir Putin last month warned Moscow will only accept payment for deliveries in its national currency, with buyers required to set up ruble accounts or have their taps turned off.