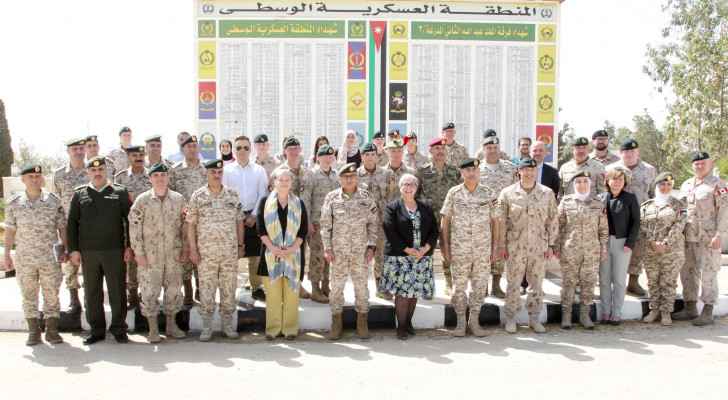 Canadian Ambassador to Amman Donica Petit, on Monday, sponsored the Opening Ceremony Of Accommodations Building Project For Females of the Central Military District, in the presence of the region's Commander.

The attendees listened to a briefing by the representative of the Directorate Of Planning and Organization about the project, its geography, its area, its capacity, and the services it will provide.

In her speech, the Canadian Ambassador indicated that the partnership between the Canadian and Jordanian side has existed for decades to serve the security and safety of women, stressing the continuation of military cooperation and continuous support to The Jordan Armed Forces.

The Commander of the Central Military Region said: "Let me thank the Canadian government for the opening of the Residential Building Project and its support for Jordan, and we are keen to strengthen our military relationship, hoping for the continuation of this important partnership between the two sides."

At the end of the ceremony, which was attended by a number of senior officers of the Jordanian and Canadian Armed Forces, gifts and memorial shields were exchanged between the two sides.

Lieutenant martyred after falling from parachute

Lieutenant martyred after falling from parachute

Lieutenant martyred after falling from ....

Lieutenant martyred after falling from ....