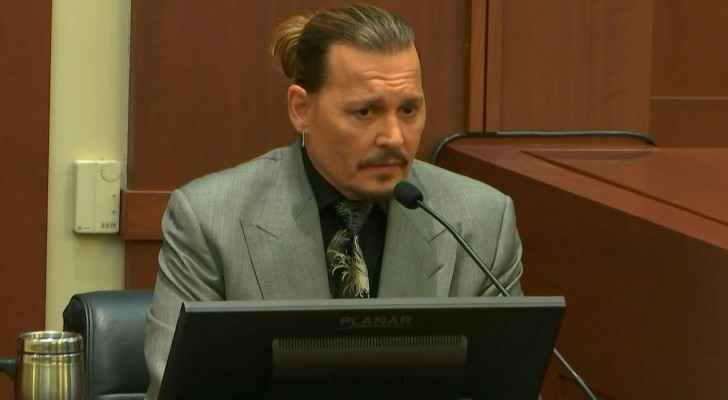 "Pirates of the Caribbean" star Johnny Depp testified on Wednesday that his ex-wife Amber Heard would regularly "verbally decimate" him, slap him and throw things at him.

Depp, taking the witness stand for a second day of testimony in his defamation case against Heard, said their relationship began to deteriorate after about a year or 18 months of marriage.

"I was suddenly just wrong about everything," the 58-year-old Hollywood star told the jury hearing the case in Fairfax County Circuit Court in Virginia.

Heard, who had a starring role in the movie "Aquaman," would "verbally decimate me" with a "sort of rapid fire, endless parade of insults," Depp said. "It seemed like pure hatred for me."

Depp, who was married to Heard from 2015 to 2017, said he would frequently retreat to another room to escape her rage.

"I would just go and lock myself in the bathroom or anywhere that she couldn't get into," he said.

"If I stayed to argue, eventually I was sure that it was going to escalate into violence and oftentimes it did," he said. "In her rage and her anger she would strike out.

Depp, who was dressed in a grey suit with a black shirt and tie, said Heard had also threatened to commit suicide if he left her, and arrived once outside his home in her nightgown at 4:00 am "screaming in the parking lot to high heavens."

Heard, who was dressed in a white shirt and jacket, listened attentively, taking occasional notes as Depp testified in a slow and measured voice.

Depp filed the defamation suit after Heard, who turns 36 on Friday, wrote a column for The Washington Post in December 2018 in which she described herself as a "public figure representing domestic abuse."

The actress never named Depp, whom she met in 2009 on the set of the film "The Rum Diary," but he sued her for implying he was a domestic abuser and is seeking $50 million in damages.

Heard countersued, asking for $100 million and claiming she suffered "rampant physical violence and abuse" at his hands.

Testifying on Tuesday, Depp said the allegations of physical abuse against him made by Heard were "heinous and disturbing" and he has never hit a woman.

"There were arguments and things of that nature but never did I myself reach the point of striking Miss Heard in any way," he said. "Nor have I ever struck any woman in my life."

Depp has accused Heard of seeking to "generate positive publicity for herself" with the abuse accusations ahead of the release of "Aquaman."

Depp filed the defamation complaint against Heard in the United States after losing a separate libel case in London in November 2020 that he brought against the tabloid The Sun for calling him a "wife-beater."

Heard's lawyers have claimed that Depp would become a "monster" during drug- and alcohol-fueled benders and physically and sexually abuse Heard.

Depp's attorneys told the jury the allegations against Depp have had a "devastating" impact on his career.

He left his role as Captain Jack Sparrow in the "Pirates of the Caribbean" franchise and was asked to step down from the "Fantastic Beasts" movie series based on the book by "Harry Potter" author J.K. Rowling.

Depp will be subject to cross-examination by Heard's attorneys after his lawyers complete their questioning of him.

In 2016, Heard sought a divorce and a restraining order against Depp amid abuse allegations. Their divorce was finalized in 2017.