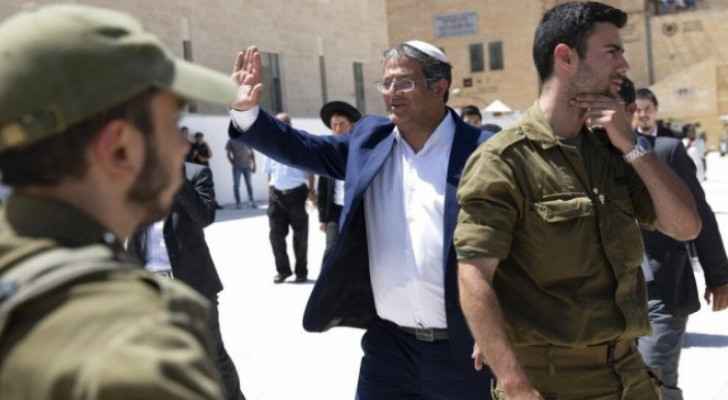 The ban is intended to prevent further violence in the Old City, including in the Al-Aqsa mosque, where clashes between Palestinians and Israeli Occupation Forces left more than 170 injured on Friday and Sunday.

Ben Gvir had announced he would take part in a rally on Wednesday evening, saying he would march through the Damascus Gate, the main entrance to the Muslim quarter of Jerusalem's Old City.

Bennett accepted the recommendation of security chiefs to prevent Ben Gvir from entering the Damascus Gate.

"I have no intention of allowing petty politics to endanger human lives," Bennett said in a statement.

"I will not allow a political provocation by Ben Gvir to endanger IDF soldiers and Israeli police officers, and render their already heavy task even heavier".

Israeli Occupation police had earlier banned the rally from taking place on the proposed route.