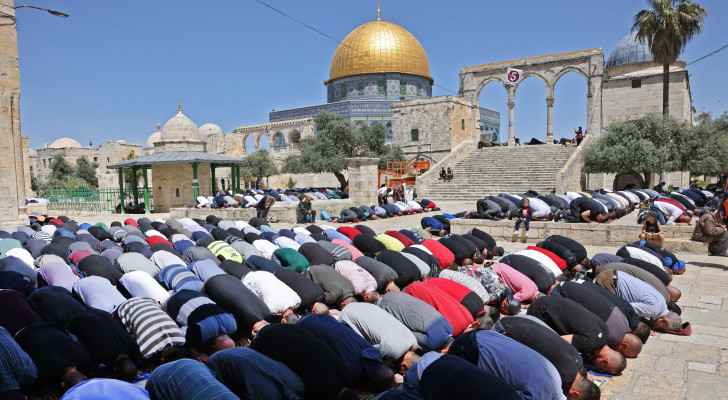 Sunday, the Ministry of Foreign Affairs and Expatriates warned against the Israeli Occupation's steps targeted at changing the historical and legal status quo in Al-Aqsa Mosque.

The ministry also stated that such measurements represent a dangerous escalation and a condemned violation. They also represent the Israeli Occupation’s rejection of international law and their responsibilities as an occupying power.

The statement stressed that the Israeli Occupation bears full responsibility for the serious consequences of such escalation, which undermines all efforts previously made to maintain calm and peace.

The official spokesperson for the ministry, Ambassador Haitham Abu Al-Foul, stressed the need for the international community to assume its responsibilities and take immediate action to pressure the occupation to stop these practices, condemning the police’s storming of the mosque for the second time as well as the storming of Jewish settlers.

The spokesperson reminded that all 144 acres of Al-Aqsa Mosque is a place of worship purely for Muslims, and that Jordan’s Jerusalem Islamic Waqf is the legal authority with exclusive jurisdiction to manage all the affairs of the compound and organize entry to it.