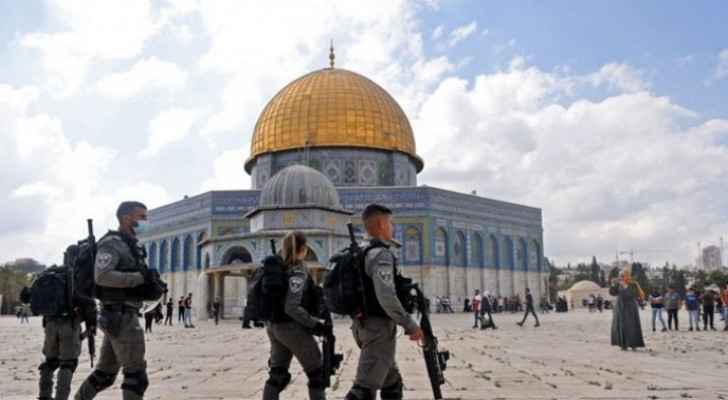 The department added that 545 settlers stormed the courtyards of al-Aqsa Mosque in the morning, as well as 218 tourists.

Sunday morning, a number of Palestinians were injured and many were arrested, while the Israeli Occupation Forces stormed the courtyards of the blessed Aqsa Mosque.