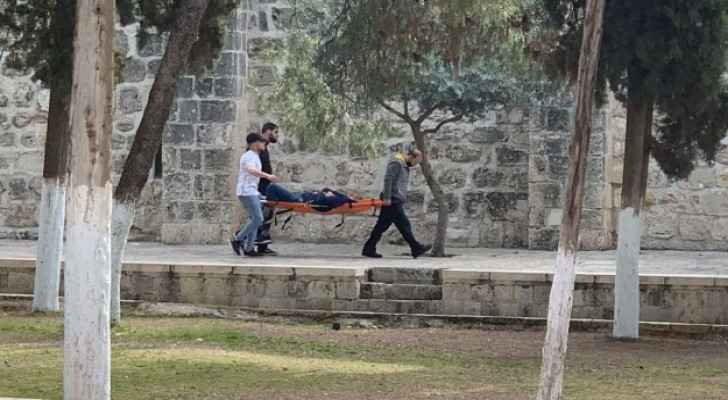 Sunday morning, a number of Palestinians were injured and many were arrested, while the Israeli Occupation Forces stormed the courtyards of the blessed Aqsa Mosque.

The Palestine Red Crescent Society said in a statement that it dealt with 17 injuries during the occupation forces' attacks on those present near Bab al-Asbat, one of the gates of Aqsa Mosque, five of whom were hospitalized.

The statement added that the Israeli Occupation Forces stormed the mosque, assaulted those praying as well as those stationed in the mosque’s courtyards.

Women were also assaulted, beaten and forced into the prayer hall in the Dome of the Rock.

Additionally, they arrested three young men amid heavy firing of sound and tear gas grenades, in an attempt to expel Palestinians from Aqsa’s courtyards in preparation for the settlers' incursions.

Notably, this is the second time the Israeli Occupation stormed al-Aqsa in the past 48 hours.