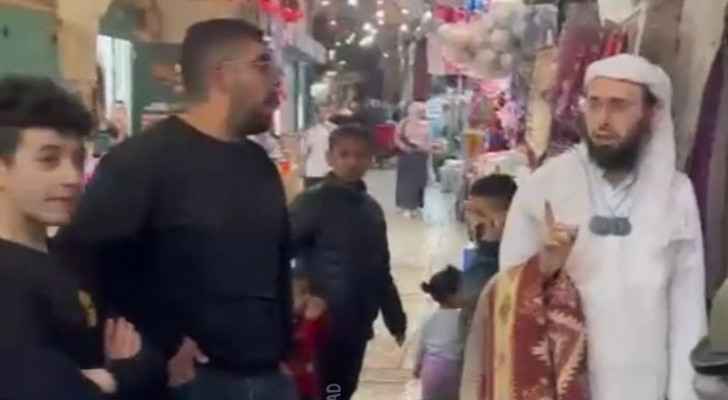 Saturday evening, an Israeli Occupation settler tried to hide in Islamic clothing while trying to enter the courtyards of the blessed Al-Aqsa Mosque, in the occupied city of Jerusalem.

Jerusalemite sources reported that guards and young men stationed near the courtyards and gates of Al-Aqsa Mosque uncovered a settler disguised in Islamic dress in an attempt to storm Al-Aqsa, from the entrance leading to the Majlis Gate.

According to a video clip posted on social media, the occupation police protected the settler from the hands of the Jerusalemites, who exposed him before entering the courtyards of the Temple Mount.