“I am deeply concerned by the deteriorating security situation in Jerusalem during these holy days,” the UN Coordinator, Tor Wennesland, said in a statement on Twitter. 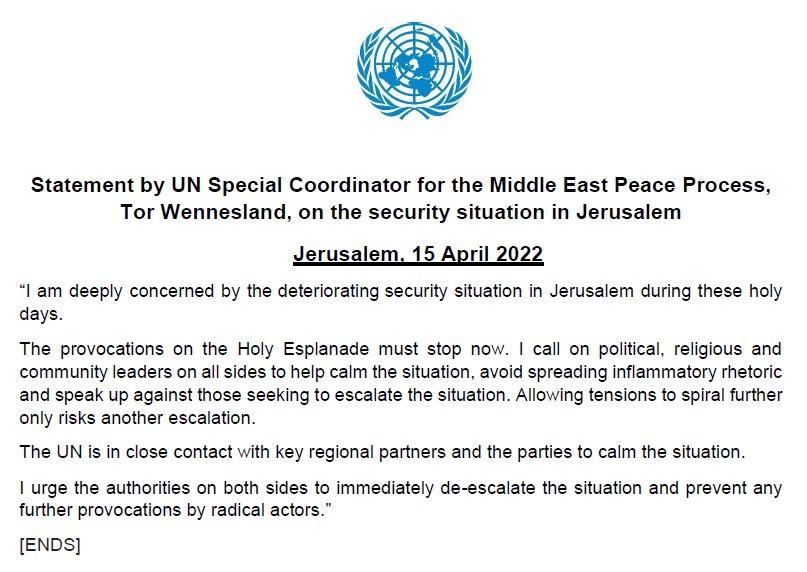 “The provocations on the Holy Esplanade must stop now. I call on political, religious and community leaders on all sides to help calm the situation, avoid spreading inflammatory rhetoric and speak up against those seeking to escalate the situation. Allowing tensions to spiral further only risks another escalation,” he added.

Wennesland said that the “UN is in close contact with key regional partners and the parties to calm the situation.”

“I urge the authorities on both sides to immediately de-escalate the situation and prevent any further provocations by radical actors,” he stressed.