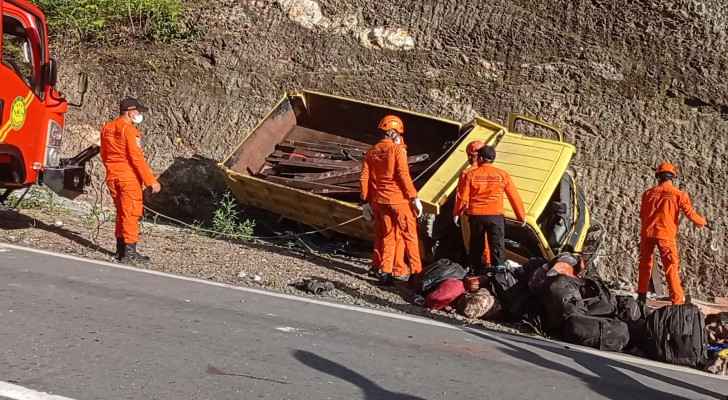 At least 16 people were killed and more than a dozen others injured when a truck descending a remote mountain in Indonesia's West Papua province crashed into a cliff on Wednesday, police said.

The truck, carrying 28 passengers and the driver, was heading down a road in the Arfak mountains to the provincial capital Manokwari at roughly 2:00 am local time (17:00 GMT on Tuesday) when the driver lost control and crashed, police said.

When search and rescue teams arrived at the scene two hours after they first received reports of the crash, they saw some bodies strewn across the road, thrown out of the truck by the force of the impact, said local rescue official Monce Bruriy to Metro TV.

A child was among those killed, and 13 others were injured and receiving treatment at a local hospital, said Manuputty.

Some of the injured were in a critical condition, he said, adding that the road was particularly dangerous due to its steepness and the absence of proper lighting.

Deadly traffic accidents are common in the archipelago nation of 270 million people, where vehicles are often old or poorly maintained, and road rules are routinely ignored.

In February, 13 people were killed and dozens more injured after a tour bus carrying factory workers to a beach holiday crashed on Indonesia's Java island, according to police.

In March 2021, a bus carrying dozens of passengers plunged into a deep ravine in West Java province, killing 29 people.