13 Palestinians killed during clashes with IOF in Jenin camp

13 Palestinians killed during clashes with IOF in Jenin camp 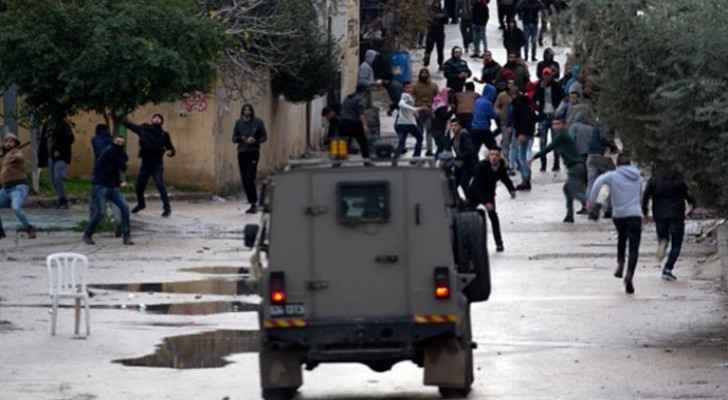 Saturday, Israeli Occupation airplane transported to the hospital a Palestinian who participated in the clashes which took place in Jenin refugee camp.

A source told Roya’s reporter that the Palestinian young man was seriously injured with several bullets to his chest and abdomen.

Additionally, during the storming of Jenin camp, 13 Palestinians were killed and 13 others were wounded by IOF bullets, two of whom were shot in the abdomen and were taken into the OR, while the rest of the injuries are in stable condition.

This came as the IOF stormed the camp and surrounded the house of the family of the martyred Palestinian who carried out the shooting in Dizengoff, Tel Aviv.

According to the sources, there was a heavy deployment of Israeli occupation snipers in the high areas of the camp, and intermittent clashes took place between Palestinians and the occupation army.