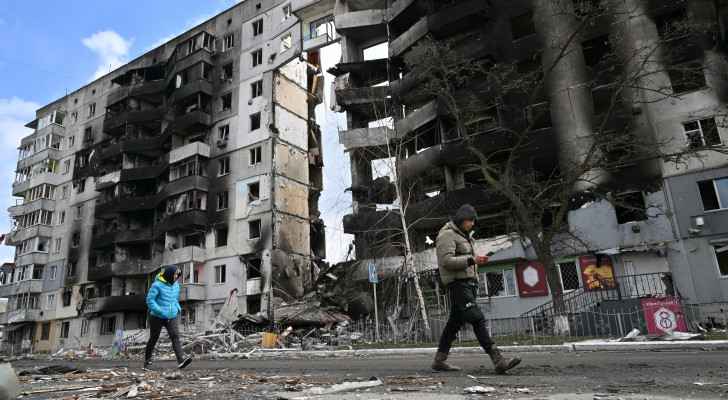 A Ukrainian official in the east of the county warned residents remaining there Thursday that time was running out to flee mounting Russian attacks, saying the entire region was being targeted, according to AFP.

"These few days may be the last chance to leave," Lugansk regional governor Sergiy Gaiday wrote to residents on Facebook.

"All cities of the Lugansk region are under enemy fire. One person was killed as a result of shelling this morning in Kreminna," he added, referring to a town in the region with a population of around 20,000 people.

There have been desperate evacuation attempts from eastern Ukraine over recent days as Ukrainian authorities warn of an imminent Russian offensive, following the devastation around Kyiv that has shocked the world.

"Do not wait to evacuate," he said. "The enemy is trying to cut off all possible ways of getting people out," Gaiday said in his statement.

His call was echoed by the mayor of the central city of Dnipro, who urged women, children and the elderly to leave.

"The situation in Donbas is gradually heating up," Borys Filatov said during a briefing, warning of an escalation in fighting in the coming weeks.

Filatov also urged people from the eastern Lugansk and Donetsk regions who arrived in Dnipro earlier to continue moving to safety in the west of the country.

"I ... strongly recommend to not linger and move further towards the west of Ukraine because it's safer there," he said.

Russian troops have been withdrawing from around the capital and Ukraine's north, leaving a trail of destruction and death, as they prepare for the expected assault on the country's east.

Large areas of Lugansk and the neighboring Donetsk region have been controlled since 2014 by pro-Russian separatists.