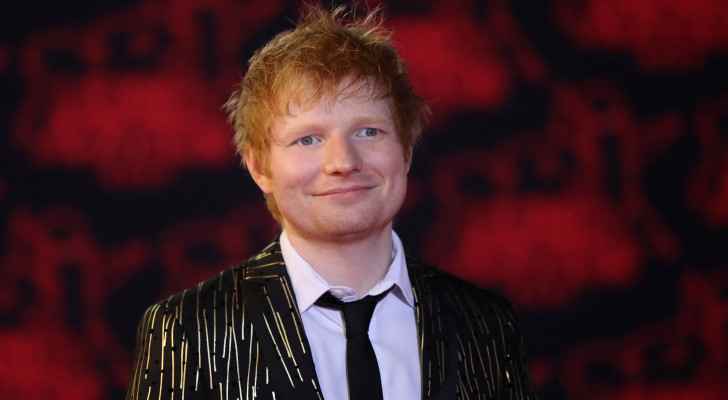 British singer-songwriter Ed Sheeran on Wednesday won his copyright trial at London's High Court after a judge ruled that his hit song "Shape of You" did not lift musical phrases from another track, according to AFP.

Judge Antony Zacaroli said that Sheeran "neither deliberately nor subconsciously" copied a phrase from British grime track, "Oh Why", when writing the worldwide smash hit.

"Shape of You", released in 2017, remains the most-streamed song ever on Spotify, with more than three billion streams.

It won Sheeran, 31, a Grammy for Best Pop Solo Performance. He, along with several others, has a writing credit on the track.

But two other songwriters, Sami Chokri and Ross O'Donoghue, alleged that the song had musical similarities to one they wrote called "Oh Why", performed under Chokri's stage-name Sami Switch.

Judge Zacaroli ruled on Wednesday that "there are obvious similarities" between hooks in the two songs, but that there were also "important differences."

While both hooks drew from the minor pentatonic scale, "there are countless songs in the pop, rock, folk and blues genres where the melody is drawn exclusively" from the same scale, he said.

The claimants hook "is the central part of the song" whereas in Sheeran's hit, it is "something catchy to fill the bar before each repeated phrase 'I'm in love with your body'."

Sheeran attended court during the 11-day trial, bursting into song and humming musical scales and melodies as he was questioned over how the song was written.

The singer denied he "borrows" ideas from unknown songwriters and told court he "always tried to be completely fair" in crediting contributors.

Sheeran and the song's other credited writers launched legal action against Chokri and McDaid in 2018, asking the High Court to declare they had not infringed Chokri and O'Donoghue's copyright.

This prompted the pair to launch their own claim for "copyright infringements, damages and an account of the profit in relation to the alleged infringement".

Lawyer Andrew Sutcliffe, representing the aggrieved songwriters, told the judge Sheeran was a "magpie" who "borrows ideas" and will sometimes not acknowledge them.

Chokri told the trial he was "shocked" when he first heard "Shape Of You" on the radio.

Sheeran's lawyers told the High Court that he and his co-writers have no memory of having heard the song "Oh Why" at the time.

The PRS for Music, which pays out royalties for the use of music, has temporarily halted royalty payments.

Attendees at the high-profile trial inadvertently heard a snippet for free when an unreleased track was accidentally aired in court.

"That's a song I wrote last January," a confused Sheeran told his lawyers as the clip of the hitherto unplayed song was heard in London's High Court. "How have you got that?"

One of the lawyers said the incident happened "by mistake" through the use of an iTunes account on the computer of Steven McCutcheon, one of the co-writers of "Shape of You".