‘It is racist to have turned a blind eye to other conflicts': Spanish footballer on war in Ukraine

‘It is racist to have turned a blind eye to other conflicts': Spanish footballer on war in Ukraine 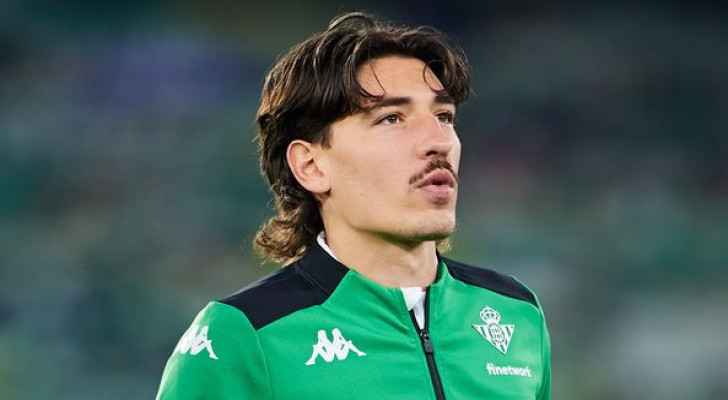 Last week, in an interview with La Media Inglesa, he said, "It is quite difficult to see that we are more interested in this war than in others."

During the interview, Bellerin spoke about the huge contrast in media coverage regarding the situation in Ukraine in comparison with Palestine, Yemen or Iraq.

“The Palestinian war has been completely silenced, no one speaks about it,” he said, adding that “the same happened with Yemen or Iraq.”

He continued, "Yemen, Iraq... now Russia not being able to play in the World Cup is something that other countries have faced for many years."

"It is racist to have turned a blind eye to other conflicts and now to have this position," Bellerin added.

"It also reflects a lack of empathy for the number of lives lost in many conflicts and we are prioritising those that are near to us."

On March 17, Bellerin took to Twitter to criticize the double standards seen when covering the war in Ukraine compared to other conflicts.

He wrote, “So difficult and horrific to see everyday the horror and suffering going on in Ukraine, and it's right that we ask ourselves how we can help through donations or other means. But we should also be aware and educated on other conflicts going on around us, the amount of pain so many other countries are going through, the violation of their human rights, their loss of loved ones and their safety.”

“Why are we not hearing about this? Why don't I see stories or posts to donate or help to so many of these people that are under the same danger and many of them without possibilities to find refuge close to their borders? We are all human, we should all help each other regardless of where we are, where we are now, because we don't know where we will be tomorrow.”

Earlier this month, People expressed their anger after Reuters revealed internal emails in Meta allowing violence and hate speech against Russians and Russian soldiers in several countries, which is contradictory to the hate speech policy of Meta, parent company of Facebook and Instagram.

Facebook’s frequent changes in its content moderation rules has left it open to criticism from many as well as its own independent Oversight Board who criticized it “for having rules that are inconsistent,” reported the Washington Post.

Activists who were not blocked, had their reach plummet after expressing their hate towards the Israeli Occupation or even showing solidarity with Palestinians.

Instagram gave several explanations for what happened, one of these included a “software bug that temporarily blocked video-sharing” in addition to an explanation saying “its hate speech detection software misidentified a key hashtag as associated with a terrorist group,” according to the Washington Post (WP).

Meta said the problems were resolved and accounts restored, however many activists denied this was the case and said their posts were still censored.

On March 11, people took to Facebook, ironically enough, to express their contempt with the ‘double standards’ that allow hate against Russians to be tolerated but not that against the Israeli Occupation.

Russian targeting of Ukraine energy is ....