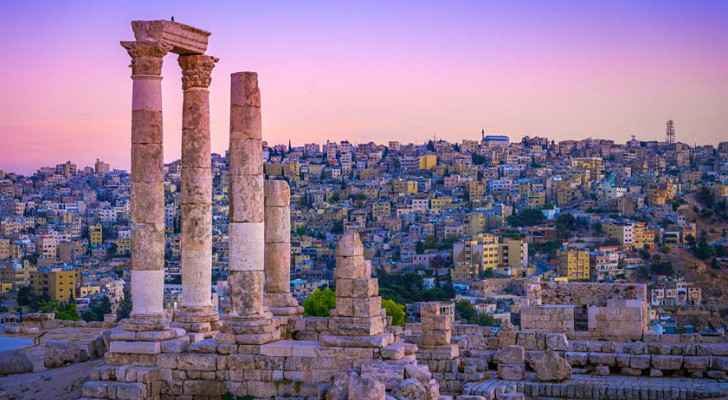 Saturday, a slight rise in temperatures is expected with temperatures in Amman ranging between nine degrees during the day and five degrees at night, according to Arabia Weather.

Sunday, temperatures in Amman are expected to range between 11 degrees during the day and four degrees at night.

Monday, a further rise in temperatures is expected with temperatures in Amman ranging between 15 degrees during the day and nine degrees at night.

Also Read: What will weather be like during Ramadan?

Friday, Osama Al-Tarifi, Chief Operating Officer at ArabiaWeather, said that all of the northern, central and southern heights in the Kingdom, which are more than 1,000 meters above sea level, witnessed showers of snow, and there were small, limited accumulations.

Tarifi added, in an interview with Roya, that showers of rain will continue in addition to hail and some snow showers.

He warned of dense fog, lack of horizontal visibility, and the continued prevailing low temperatures.

Tarifi pointed out that following the afternoon hours on Thursday, the air depression gradually begins to move away with the weather generally remaining cold, however, precipitation is expected to stop on Friday and Saturday, and the atmosphere is expected to stabilize.

Tarifi pointed out that Saturday will be sunny, with the weather remaining cold, and that there is a possibility of some rain in the north of the Kingdom on Sunday.

Starting from next Tuesday until the beginning of the blessed month of Ramadan, Jordan is expected to witness a successive and significant increase in temperatures which might reach 30 °C, according to Tarifi.

He indicated that the beginning of the month of April will be warm, and it is unlikely that the country will witness a cold weather similar to the one currently present.

However, chances of rain will remain, Tarifi said adding that there are indications that cold days during the blessed month of Ramadan will occur.