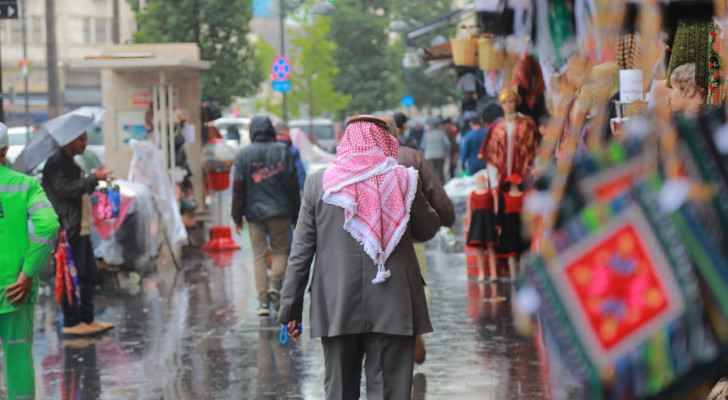 Wednesday, weather forecaster Jamal Al-Mousa from ArabiaWeather website said that Jordan is expected to be affected by an air depression that is currently centered west of Cyprus and is moving towards the northern regions, accompanied by a cold air mass, its impact likely to start with the noon hours on the northern regions and extend to include most regions.

Mousa added that the weather is currently sunny and will turn cloudy in the afternoon, after which showers of rain will fall at intervals, gradually extending from the northern regions to the center of Jordan, as rainfall will intensify in the evening hours.

He pointed out that as of Thursday morning temperatures will decrease, wind speed will intensify and rain will increase, as well as rain mixed with snow, and showers of snow also over the high mountain heights.

Mousa explained that the weather instability will continue until Friday evening, with a chance of snow showers falling over the high mountainous heights.

Clouds are expected to gradually decrease and the weather to become cold.

There’s a high chance for frost to form on Saturday. As for Saturday morning, temperatures will rise to a maximum of 12 °C, according to Al-Mousa.