Will it snow in Jordan anytime soon? Tarifi answers

Will it snow in Jordan anytime soon? Tarifi answers 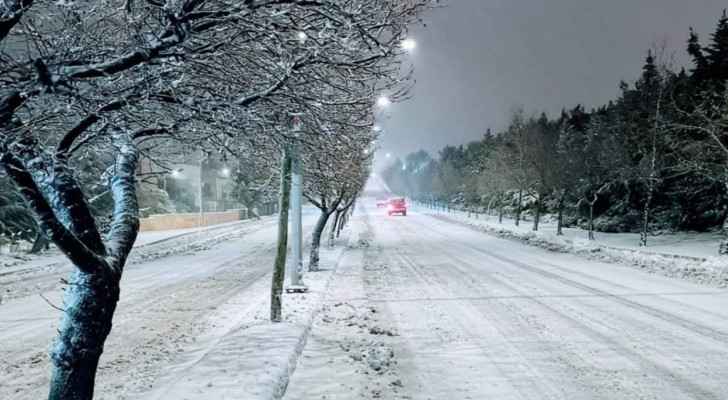 Director of Operations at ArabiaWeather Osama Tarifi told Roya Saturday that the Kingdom remains under the influence of the air depression, which has moved away from the country towards Iraq.

Tarifi added that cold weather conditions will prevail across Jordan on Saturday and light rain showers are expected to fall in the northern regions of Jordan.

He pointed out that the maximum temperatures in the capital, Amman, will reach around 5-6 degrees Celsius, and will drop to zero °C during the night.

He added that on Tuesday, March 15, the weather will be very cold, with a chance of snow showers in the north, center and south. However, Tarifi said that this remains unclear yet, and ArabiaWeather will continue to follow-up on whether it is going to snow or not.

Friday, the Founder and Director of ArabiaWeather, Mohammed Al-Shaker, said that the Kingdom has entered into a drastic change in temperature, which is expected to continue until next week.

Shaker added in an exclusive interview with Roya, that the weather in the upcoming days is the coldest in this winter and similar to last January in terms of coldness.

He added that the latest satellite images indicate that large numbers of clouds are heading to Jordan, making the weather stormy and rainy in the northern and central regions, as well as in the southern and eastern regions.

He explained that the rainy weather on Friday will continue throughout the day and will be heavy at times accompanied by hail.

In the evening hours, Shaker said, the possibility of snow showers will increase, with snow expected to fall on the tops of the high mountains whose height is more than 1,100 meters, in the areas of Ras Munif and Thaghrat Asfour, and limited areas in the capital Amman, such as Sweileh and the University of Jordan.

He pointed out that the southern regions will witness limited snow showers, and that nighttime temperatures will approach zero °C.

Khasawneh chairs meeting to find out causes of Aqaba port ....

Khasawneh chairs meeting to find out ....

How MENACOM Jordan is turning big Data into bigger ....