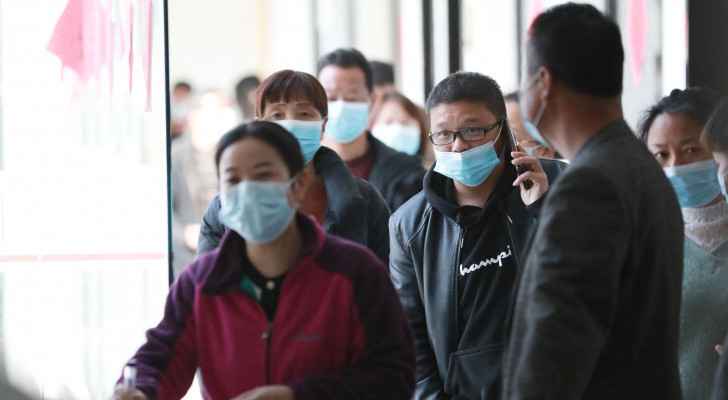 China reported its highest daily total of coronavirus cases in two years on Friday as authorities in Shanghai and other major cities stepped up targeted lockdowns and testing to halt the highly transmissible Omicron variant.

But that has given rise to online images in Shanghai spotlighting students and teachers confined for up to 48 hours on campuses and patrons locked in restaurants or malls until they are re tested, as authorities pounce on reported close-contact situations.

Covid cases have soared past the 1,000 mark this week for the first time since the pandemic's early days from less than 100 just three weeks ago.

There were 1,369 cases across more than a dozen provinces, according to the latest daily official count released on Friday.

Staff at the Shanghai American School told AFP that health personnel visited the campus on Friday to conduct Covid tests on teachers and students, though they were not confined.

Similar situations have been reported at other schools in Shanghai over the past week.
Shanghai mayor Gong Zheng indicated the city's more focused approach in a social media post on Thursday.

"It is necessary to take more accurate and effective prevention and control measures, track down the source and do screening work deeply and thoroughly, (and) scientifically and accurately (to) delimit close contact," he said.

Authorities nationwide have leaned lately toward similarly softer measures in recent weeks as Covid fatigue grows and economists warn of the business impact.

The drawbacks of a zero-Covid approach have been laid bare in Hong Kong, where mixed messages from the southern Chinese city's government has fuelled hoarding of food supplies and public fear that people will be taken away to isolation.

In Shanghai, some museums will be temporarily closed beginning on Friday, the city government said, but there have otherwise been no broad shutdowns nor any widespread social media anger.

But social media chat groups have buzzed with each temporarily shuttered mall, and long lines have appeared outside hospitals in the city as people rush to arm themselves with negative covid tests.

"Every day I go to work, I don’t know if I can come home," said one Shanghai social media user.

"Going to work is like 'Squid Game', there are fewer and fewer people," the user said, referring to the South Korean television series depicting a series of life-or-death contests.

The response to the recent outbreaks has varied widely around the country.

The southern city of Shenzhen went to online schooling in February when cases began to rise there, and remains so.

In Beijing, several residential compounds have been fully or partially locked down.

One northeastern city ordered residents to avoid unnecessary travel this week, and the eastern port of Qingdao has initiated testing in specific areas.

By contrast, in December the city of Xi'an locked down its 13 million people for two weeks due to an outbreak.

Covid-19 was first detected in China in late 2019 but the government has kept it largely under control with snap lockdowns and mass testing, while keeping its borders mostly closed.

But China's central economic planning agency recently warned that big lockdowns can hurt the economy, and a top Chinese scientist said last week that the country should aim to co-exist with the virus like other nations.