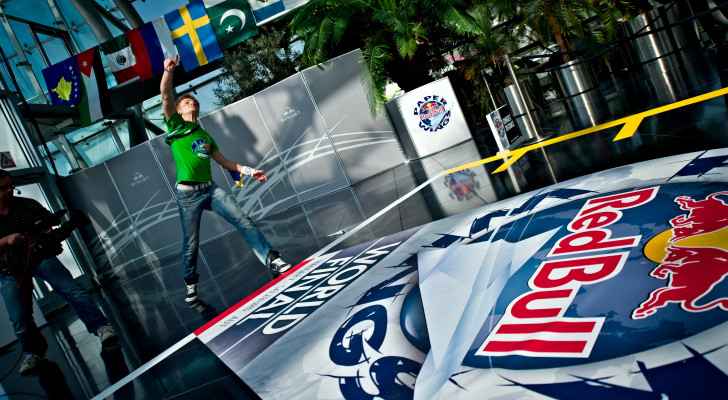 Red Bull Paper Wings is taking flight again for paper plane pilots worldwide. Two of the competition categories launch from the ground, while this season’s Aerobatics category kicks off on Instagram.

The world’s largest paper plane championship is back. In Red Bull Paper Wings, the idea is simple and ingenious: No fuel. No engines. Participants must simply make a plain sheet of A4 paper fly as far, as long or as artistically through the air as possible. National winners in three categories will be invited to the Red Bull Paper Wings World Final in Austria, where the 2022 world champions will be crowned. The application window is open until March 20,2022, with a chance to Fast Track directly to the World Final for one Aerobatics pilot who shares their entry for the most creative flight on Instagram between 24th February and 20th March 2022.

The event recognizes three categories: Distance and Airtime are judged at Qualifying events, and the two pilots with the longest distance and longest airtime at each National Final event advance to the World Final. The third is Aerobatics, which for the first time will determine its national finalists online on the social media platform Instagram.

- Distance: To succeed, pilots must be able to throw their planes farther than anyone else. At the last World Final in 2019, the USA’s Jake Hardy topped the field with 56.61m.

- Airtime: Pilots must fold their planes for just the right aerodynamics to achieve the longest flight time. In 2019, Australia’s Cameron Clark snatched victory with 13.33 seconds!

- Aerobatics: This category is all about sensational aerobatic tricks – in the 2019 finale, Ukraine’s Kateryna Ahafonova scored the only perfect 10 with her creative paper plane performance. Pilots don’t need to show up at a Qualiflyer. Instead, they’ll get creative with their paper planes at home and share their mastery on Instagram using the hashtag #redbullpaperwings and tag @redbull and their #country when submitting their entries. The pilot with the most votes from a national judging panel – which considers the criteria of social engagement, flight performance and creativity of the performance and video – will make it to the World Final. And thanks to the new Fast Track opportunity, there’s a chance for one global pilot to accelerate that opportunity.

The Red Bull Paper Wings World Final will be held at the iconic Hangar-7 in Salzburg, Austria. An architectural landmark, the venue was conceived as a place where aviation comes together with art and the culinary arts, hosting high-profile exhibitions, events and programming.

The time to set a winning flight path is now with information available at www.redbullpaperwings.com.