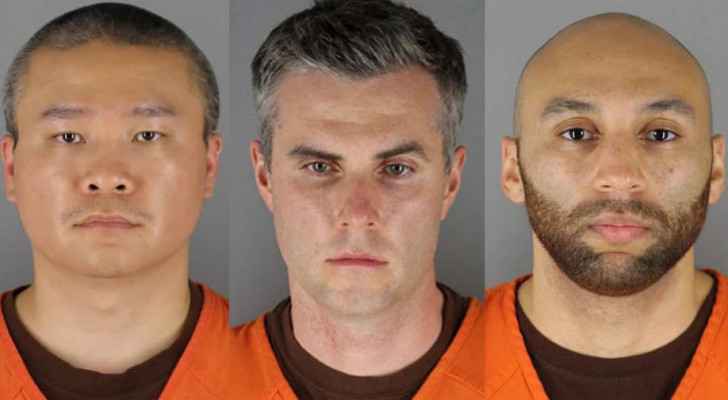 A federal court on Thursday convicted three policemen who were present during the arrest and murder of George Floyd in 2020, for failing to intervene to provide assistance to him while he was dying before their eyes.

The death of George Floyd, which was filmed and published online, sparked large demonstrations against racism and police violence throughout the United States and abroad.

Tu Thaw, 36, Alexander Koenig, 28, and Thomas Lane, 38, were on trial in St. Paul, Minneapolis, where the tragedy occurred. The jury delivered its verdict after two days of deliberation in the month-long trial.

"I hope it is a step in the right direction," he said at a press conference.

"Often, when police kill black men and women, they get away with it," he added, adding that the ruling thus constitutes a "message."

"It's a good day for us," said Philonise Floyd, George Floyd's brother.

In June, a Minnesota judge convicted a fourth policeman, Derek Chauvin, of murder and sentenced him to 22 and a half years in prison. Chauvin is the one who pressed his knee for minutes on George Floyd's neck, which led to his suffocation on May 25, 2020.

Alexander Koenig was kneeling on the back of George Floyd and Thomas Lane immobilizing his legs. Tu Thao was driving away shocked passersby.

The three policemen were convicted Thursday of failing to provide the necessary medical assistance to Floyd, who was clearly in a serious condition.

Police officers Thao and Koenig were found guilty of failing to intervene to discourage Derek Chauvin from "exerting unreasonable force."

Thomas Lane's indictment did not include this charge because he twice suggested turning Floyd on his side to keep him safe.

The three policemen will also be tried before a Minnesota state judge, starting in early June, on charges of "complicity in murder."