US judge orders Trump, two of his children to testify in New York fraud case 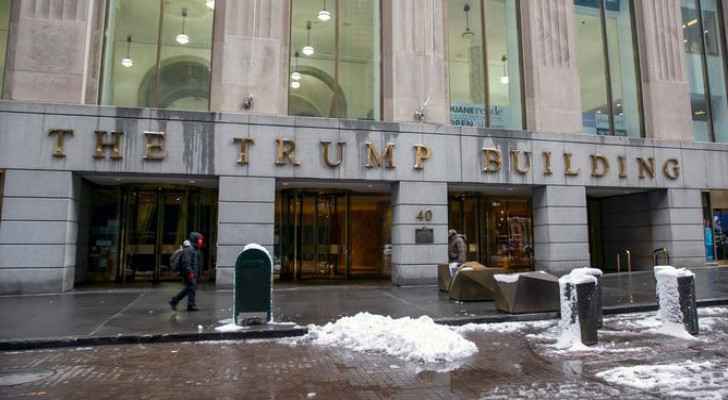 A US judge Thursday ordered former President Donald Trump and two of his children to testify under oath in a New York civil case related to alleged fraud linked to his companies.

This decision constitutes the latest legal blow to the 75-year-old Trump at a time when the former president and business magnate faces several other issues that threaten to complicate his candidacy for the White House again in 2024.

The Trump family has repeatedly tried to stop the investigation by New York Attorney General Leticia James, who announced last month that it had uncovered "important evidence" of fraudulent or misleading practices within the Trump Organization.

After more than two hours of deliberation in court, New York State Judge Arthur Engoron rejected a petition by Trump and his children, Donald Jr and Ivanka, to overturn James's December subpoenas.

The judge ordered Trump and his two sons to testify at James's office within 21 days. But the Trump family is expected to appeal the decision.

In the wake of the ruling, Trump's lawyer criticized James' investigation, calling it again "another politically motivated manhunt," one of the former president's favorite quotes.

"It is clear that the court's decision has been taken in advance," attorney Alina Happa said in a statement.

For her part, James praised the ruling and tweeted, "No one is above the law."

It said in January that its civil investigation found that the Trump Organization fraudulently overvalued multiple assets to secure loans and then undervalued them to reduce taxes.

A similar investigation by the Manhattan District Attorney is underway into possible financial crimes and insurance fraud.

In July, Alan Weisselberg, the Trump Organization's longtime chief financial officer, pleaded not guilty in a New York court on 15 counts of fraud and tax evasion, and his trial is scheduled to begin in the middle of this year.

In the midst of those investigations, the Trump Organization's accounting firm Mazars declared that the organization's financial data dating back nearly a decade was untrustworthy.

Mazars announced that it was ending its relationship with Trump in part because of James' findings.

Trump has so far kept Americans in a state of confusion over whether he intends to run for president as the Republican Party again.

Committee formed to investigate death of Banat says cause ....