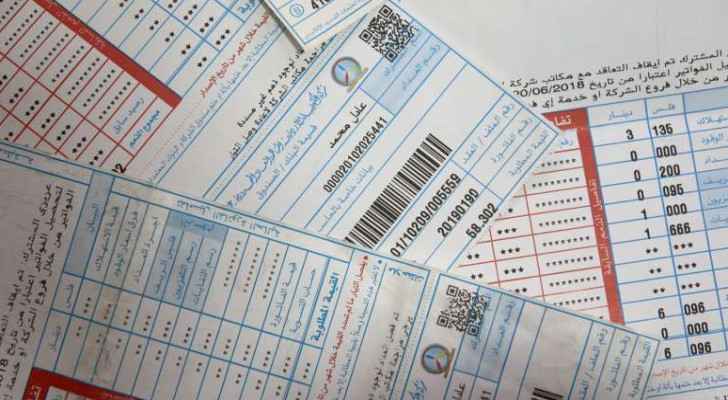 Saturday, the Jordan Electric Power Company (JEPC) said that the use of electric water heaters is one of the reasons behind the rise of the electricity bills witnessed by some citizens during the past few months.

Also Read: Has your electrical bill been too high? EMRC explains why

Additionally, four days ago, on Monday the Energy & Minerals Regulatory Commission (EMRC) revealed the reason for the high electricity bills for a number of subscribers in Jordan.

The Chairman of the Board of Commissioners, Hussein Laboun, denied the existence of any recent increase in electricity prices, stressing that work is still underway with the electrical tariff that was applied in 2015 to the domestic sector.

In a press statement, he said that the increase in bills was due to the increase in electricity consumption in the current winter season, which recorded the highest electrical load in the history of the country, reaching 4,010 megawatts.

Laboun added that complaints regarding the high electricity bills in the months when temperatures increase or decrease significantly during the summer and winter seasons, have become a frequent occurrence every year, as a result of the shift in the amount of consumption to the higher tariff bracket.

He explained that many consumers used electricity a lot during the past period, due to the drop in temperatures, for heating and water heating for longer periods than usual.

Dozens of homes evacuated across Jordan amid general ....

Dozens of homes evacuated across Jordan ....