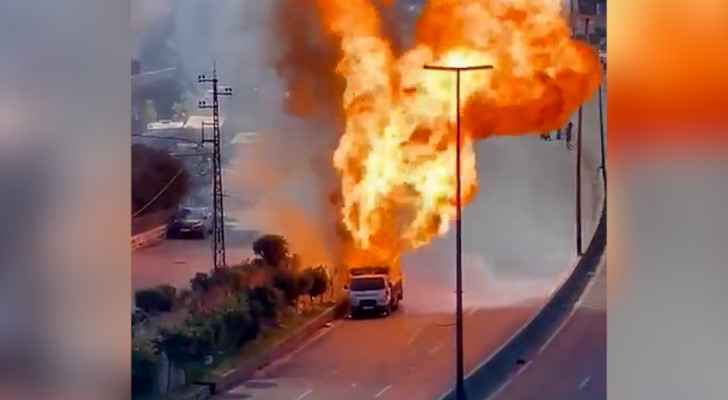 Friday, a truck loaded with gas cylinders caught fire and exploded on the Beirut-Jounieh highway in Lebanon.

According to Lebanon's MTV television, the explosion was heard in the areas surrounding Zouk Mosbeh although the incident happened in Kaslik area.

The driver managed to get out of the truck after it caught fire. However, when MTV tried to contact the driver, his phone was switched off.

No injuries were reported. However, two nearby vehicles were damaged.

Civil defense teams were able to put out the fire under control, but it reportedly had reached a nearby apartment and damaged electrical cables which caused a power outage.