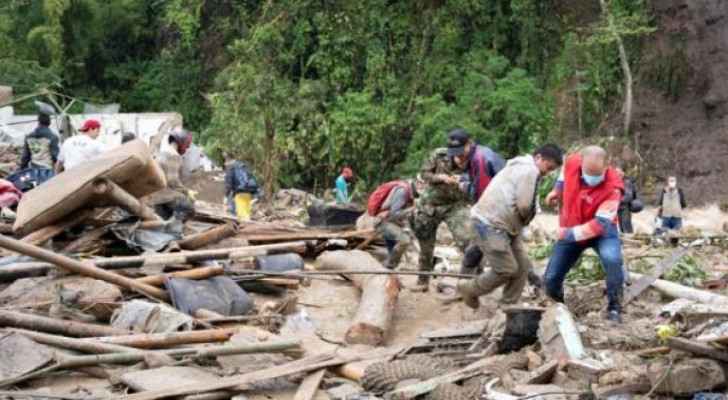 At least 11 people died and 35 were injured in a mudslide triggered by heavy rains in Colombia on Tuesday, the national disaster agency said.

The early morning rains touched off a landslide on a mountain in central-western Risaralda province, burying several homes in the impoverished municipality of Dosquebradas.

"There are 35 people injured receiving hospital attention and 11 dead," the state National Unit for Management of Risks and Disasters said on Twitter.

Rescue teams dug through the mud looking for survivors, said the agency, which earlier in the day reported seven deaths and 29 people injured.

"A very loud noise scared us. We went out and saw a piece of the mountain on top of the houses," taxi driver Dubernei Hernandez, 42, told AFP.

"I went to that place and it was a disaster, with people trapped."

Hernandez said he helped dig up two bodies and a survivor. He said at least five homes were buried by the mud.

The disaster agency published a photograph showing a gap in the lush green vegetation as a result of the mudslide.

Rescue teams said they feared new mudslides could result in the nearby Otun river being dammed, which would worsen the disaster.

Several families living close to the river were evacuated due to the risk of flooding.