US Senate Republicans rebuke party over censure of Trump critics

US Senate Republicans rebuke party over censure of Trump critics 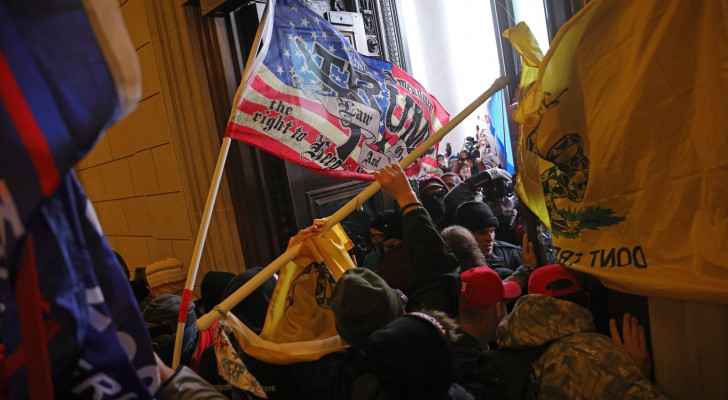 Republican Senate leaders upbraided the national committee Tuesday over its censure of two lawmakers investigating former president Donald Trump over the US Capitol riot, voicing anger that it had declared the violence part of "legitimate political discourse."

They spoke out after lawmakers Liz Cheney and Adam Kinzinger were formally rebuked Friday for joining the Democratic-led House of Representatives probe into the deadly January 6 assault, and the extent to which Trump was involved in its planning.

Senate Minority Leader Mitch McConnell told a leaders' news conference in the Capitol however that January 6, 2021 was "a violent insurrection for the purpose of trying to prevent the peaceful transfer of power."

"The issue is whether or not the RNC should be sort of singling out members of our party who may have different views from the majority. That's not the job of the RNC," the Kentucky senator admonished.

The censure has widened the rift between Trump loyalists preoccupied with pushing the lie that the 2020 election was stolen, and the moderate wing, which worries that fixating on the past is a losing strategy for the November midterm elections.

Investigators are probing links between the Trump White House and the mob of his supporters who invaded the Capitol on the day it was due to certify Joe Biden as winner of the 2020 presidential election.

Four people in the crowd died during the violence and some 140 officers were wounded.

Hardline Trump loyalists have been pushing for months for Cheney and Kinzinger to be expelled, particularly as the investigation has closed in on the former president's inner circle.

But the party leadership is said to be keen to put the issue behind them fearing it could be a distraction from hitting President Joe Biden on his stalled domestic agenda and spiraling inflation.

Similar public rebukes were not expected from the House, where Republican leader Kevin McCarthy keeps a tight rein on members commenting on party divisions.

Asked to comment on the censure resolution, McCarthy said it referred to party activists who weren't at the Capitol on January 6 yet still found themselves targeted by the investigation.

The resolution that RNC members green-lit made no such distinction, however.

Obama: Republican Party lacked the courage to stand up to ....