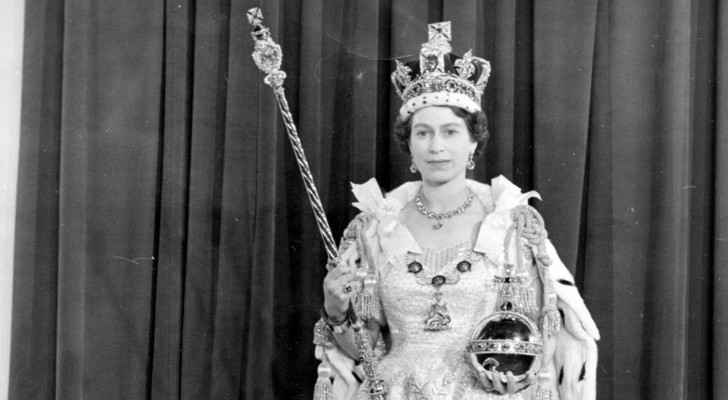 Here are some of the key moments that have defined Queen Elizabeth II's 70 years on the throne.

Princess Elizabeth, then aged 25, was visiting Kenya with her husband, Prince Philip, when her father, king George VI, died aged 56 on February 6, 1952.
She cut short the trip and rushed back to Britain.

Queen Elizabeth II's coronation did not happen until the following year. She was crowned at Westminster Abbey on June 2, 1953, in front of 8,500 assembled guests.
The ceremony was the first major televised international event and led to a surge in sales for television sets.

The Queen's 25 years on the throne saw her reaffirm the vow of lifelong service to Britain and the Commonwealth she had made in a speech aged 21 in 1947.
She toured the country and the Commonwealth. Celebratory street parties provided some respite from the economic gloom at home, marked by industrial decline and strikes.

The Queen's eldest son and heir, Prince Charles, separated from Princess Diana, and her second son, Prince Andrew, split from his wife, Sarah.
Her only daughter, Princess Anne, divorced her husband, Mark Phillips. Windsor Castle, her favored home west of London, was also seriously damaged by fire.
The Queen called the 12 months her "annus horribilis".

Diana's death in a car crash on August 31, 1997 rocked the royal family to the core, provoking rare criticism of the Queen for staying at her Balmoral estate in Scotland.
She eventually returned, the Union Jack was lowered to half-mast at Buckingham Palace, and the Queen made a televised tribute to Diana, helping to calm public anger.

Celebrations for the Queen's 50 years on the throne came in the same year as the deaths of her own mother and younger sister Margaret, and showed public support for the monarchy.
Huge crowds gathered on The Mall in central London to watch Queen guitarist Brian May play the national anthem from the roof of Buckingham Palace after a star-studded pop concert.

The Queen's visit to Ireland was the first by a British monarch since the Republic of Ireland won independence in 1922 and saw the republic's biggest-ever security operation.
An address in Irish, plus other symbolic gestures, helped galvanize reconciliation and cement the peace process in Northern Ireland, after years of conflict over British rule.

The Queen and other senior royals visited every region of Britain to mark her 60 years on the throne. Beacons were lit across the country, and a river pageant was held in London.
A surprise cameo for the monarch alongside James Bond actor Daniel Craig was a hit at the opening ceremony of the 2012 London Olympics.

The coronavirus pandemic forced the aging Queen into self-isolation at Windsor, from where she made public appearances over video conference.
Prince Philip died aged 99 in April 2021, while later that year fears grew for the Queen's own health after she spent a night in hospital and was forced to cut back her duties.