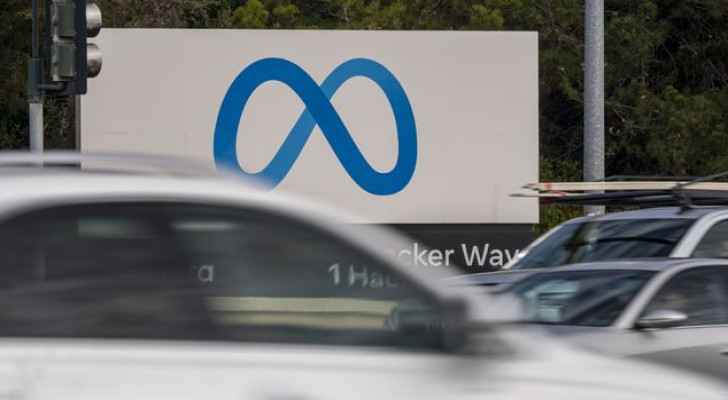 Friday, #DeleteFacebook is going viral on Twitter as calls are being made for users to delete the app after the rhetoric surrounding Facebook lately has been one of disdain. Meta, the parent company of Facebook, Instagram and WhatsApp, revealed in its earnings report that Facebook, in particular, has experienced its worst one-day loss for the first time since its establishment 18 years ago.

According to the report, Facebook lost half million users in the last three months of 2021, this has caused Meta’s stock drop over 26 percent as the closing bell rang on Wall Street on Thursday.

Should the trend of users deleting Facebook continue, the company’s total value is expected to lose over $200 billion, according to the Daily Mail. 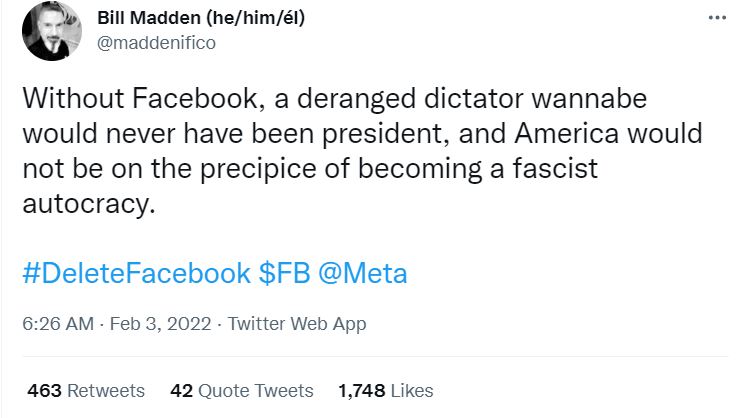 Meta CEO Mark Zuckerberg could see $24 billion erased from his personal fortune due to the stock drop, Bloomberg reported.

The company blamed what happened on Apple's privacy changes and increased competition from rivals such as TikTok.

"People have a lot of choices for how they want to spend their time, and apps like TikTok are growing very quickly," CEO Mark Zuckerberg told AFP News. 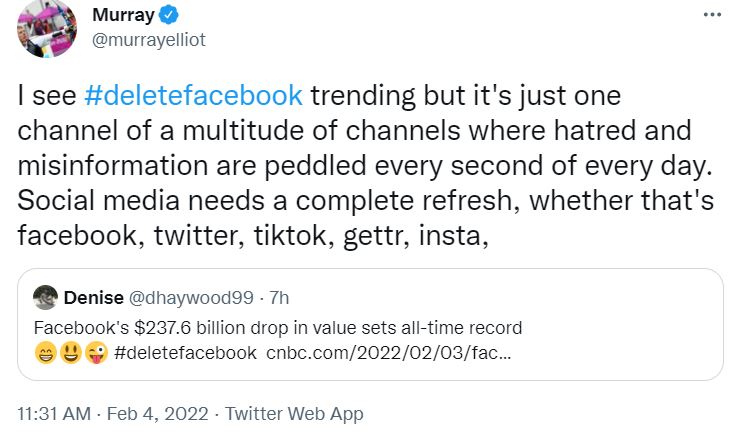 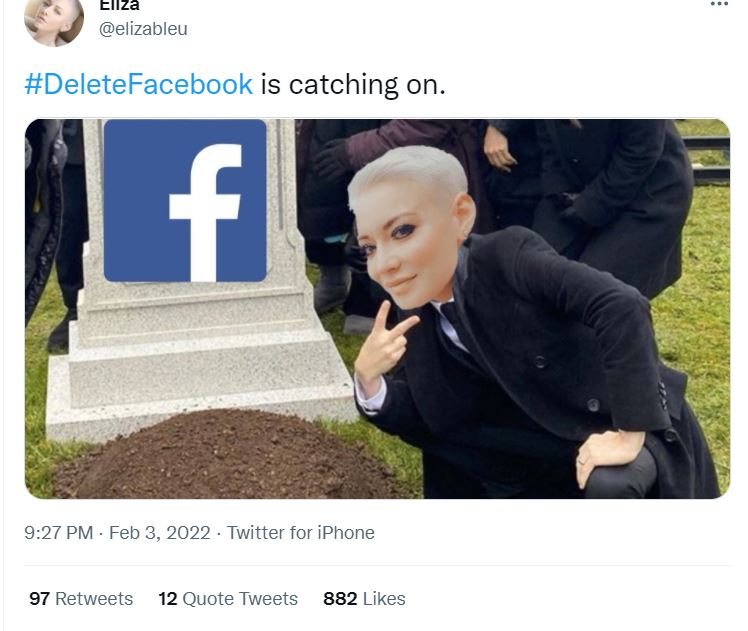 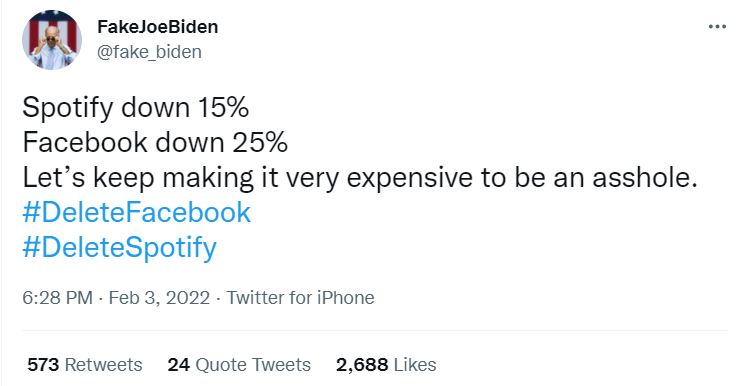 Twitter sacks half of staff as Musk launches overhaul