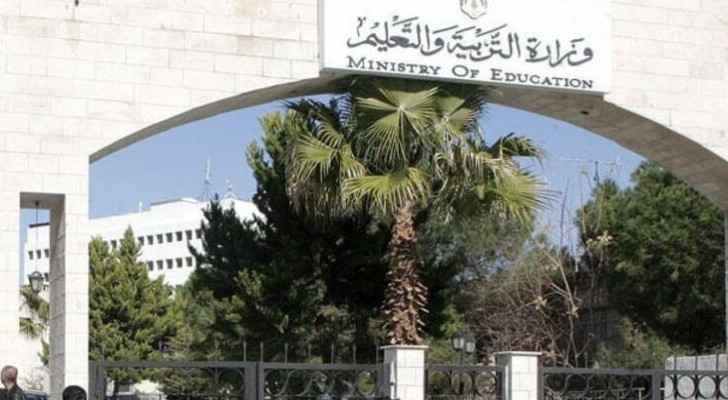 The Ministry of Education on Sunday issued a circular to private school principals, calling on them to adhere to cabinet instructions on in-person learning for the second semester, which is scheduled to begin on Feb. 20.

Director of the Private Education at the ministry Mohammad Alwan urged private schools to stick to the schedule, which excludes General Secondary School Certificate (Tawjihi) and students of international programs.

The ministry, he pointed out, had received complaints about private schools offering additional classes during the coming period, adding that the ministry does not prevent this as long as it is not in-person and mandatory for both students and parents, and will not be considered part of in-classroom education during the second semester.

Education during the second semester will be in-person, Alwan lastly stressed.

Earlier, some private schools announced they will begin online classes from Feb. 1 until Feb. 20 despite the Ministry’s announcement to postpone classes until Feb. 20 where it will be face-to-face, according to a statement from the union of employees in private education.

The head of the teachers’ committee in the union, Luai Al-Ramahi, added that the committee had received many complaints from private sector teachers regarding informing them about the start of the distance educational process, before the official beginning of the second semester on Feb. 20.

Teachers have considered this a violation of the Ministry's decision to prohibit any private school from starting the second semester online.

Ramahi explained that private schools are hiding this decision under different pretexts, such as remote winter clubs or remote tutoring, and the school forces teachers to give lessons, and in case the teacher does not comply, they will be pressured to do so by threatening a deduction from their salary.

Ramahi said that some private schools require teachers to sign an unpaid leave for the first 20 days in February, and considered this a clear violation of the terms of contract between teachers and the school administration.

Ramahi called for tightening supervision over the private education sector, regarding adherence to the scheduled date for the start of the educational process in person, according to the school calendar published by the Ministry of Education, and to take appropriate action against schools who do not comply.

Once again, Education Ministry says schools will start on ....