Results of investigation into power outage to be issued within next three weeks: Kharabsheh

Results of investigation into power outage to be issued within next three weeks: Kharabsheh 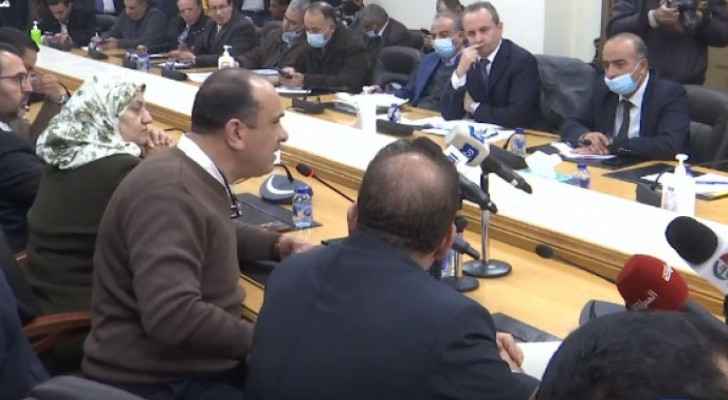 Monday, Minister of Energy and Mineral Resources Saleh Al-Kharabsheh indicated that the concerned authorities will conduct a study on the spread of trees and their impact on electricity poles and their locations.

This came during a meeting held by the Parliamentary Energy and Mineral Resources Committee to discuss power outages during the latest air depression.

Kharabsheh also noted that a technical authority will be assigned to evaluate the performance of the Jordan Electricity Company and develop its work.

Kharabsheh pointed out that the results of the investigation into the power outage will be issued within the next three weeks, and Jordanians will be informed of the results as soon as they come out.

During the meeting, MP Abdullah Awad demanded quick answers about the issue.

Another MP Nidal Al-Hiyari said that the planting of trees is done randomly, and therefore the snow weighs heavily on the trees, causing the trees to break.

MP Mujhem Al-Sqour said that what happened during the depression is “unacceptable.”

For his part, the head of the committee Firas Al-Ajarmeh asked the Minister of Energy and Mineral Resources Saleh Al-Kharabsheh for clarification on the power outages that occurred during the depression.

Kharabsheh responded that the power outages that affected several regions in Jordan, especially the capital, Amman, are “unacceptable.”

The power outages occurred after several governorates in the Kingdom witnessed heavy snowfall.

Kharabsheh indicated that "the large number of malfunctions doubled the challenges faced by the Jordanian Electricity Company."

However, he continued "We do not say that the response, whether from the company or the parties that can help the company, were at the required level, as the reality of the interruptions that occurred is unacceptable, especially the power outages that extended for long periods.”

He said "It is unacceptable that power outages last for 30 or 40 hours."

Kharabsheh stressed that he was not present in the session to defend anyone, and that all parties would be held accountable if it became clear that any party was involved in the issue.

Kharabsheh indicated that the government assigned a specialized committee to investigate the causes of the outage.

Last Saturday, the Parliamentary Energy Committee began investigating the power outage during the period of the depression.