Jordan's solidarity with UAE based on historical legacy: Adaileh

Jordan's solidarity with UAE based on historical legacy: Adaileh 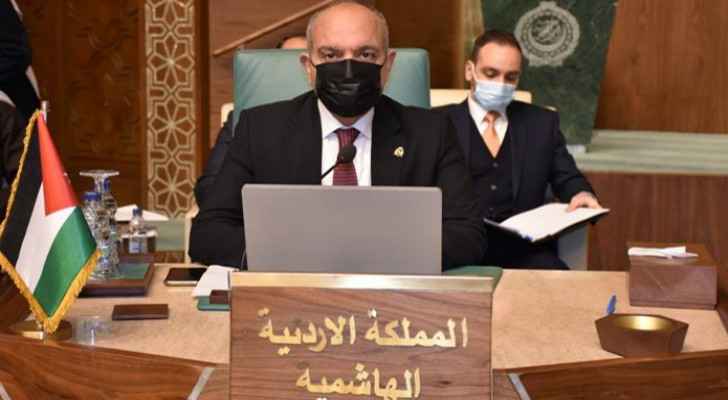 Jordan’s permanent representative at the Arab League Ambassador Amjad Al-Adaileh said Sunday that the relationship between the Kingdom and the United Arab Emirates is based on a historical legacy of strong relations, led by the wise leaderships of the two countries.

During Jordan's speech before the extraordinary session of the Council of the League of Arab States at the level of permanent delegates, which was held Sunday, at the request of the United Arab Emirates, Adaileh reiterated that Jordan stands by the side of the UAE and supports the measures it is taking to confront all that threatens its security and stability.

In the session chaired by Kuwait to discuss the terrorist acts which the UAE recently witnessed; Adaileh stressed the Kingdom's condemnation, in the strongest terms, of the cowardly terrorist attack carried out by the Houthi militia on civilian facilities in the sisterly United Arab Emirates.

Adaileh called for concerted regional and international efforts to confront and deter this group's terrorism to stop its human rights violations and terrorist attacks that threaten the security and stability of the entire region.