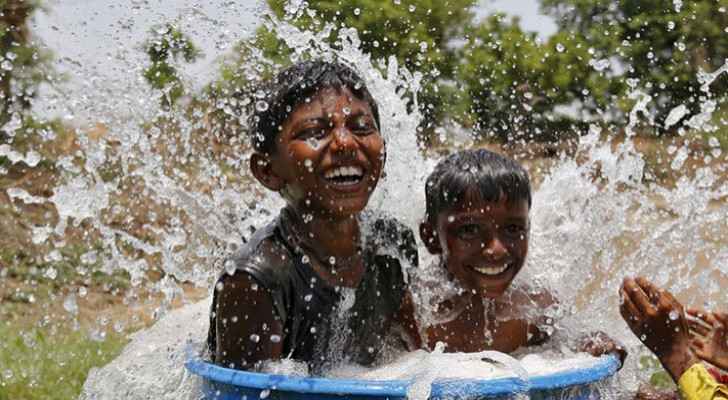 The United Nations confirmed that the past seven years were the hottest ever, adding that temperatures in the year 2021 remained high despite the cooling effect caused by the "La Nina" climatic phenomenon.

"The seven warmest years were all since 2015," the United Nations World Meteorological Organization said in a statement.

Although two consecutive La Niña weather events captured global attention for a large part of the year, 2021 is still on the list of the seven hottest years ever, according to the organization.

“However, 2021 was warmer than previous La Niña years. The increase in greenhouse gases is much higher than the annual mean temperature variability caused by natural climate drivers.”

He added, "Everyone will remember the year 2021 with a record temperature of 50 degrees Celsius in Canada, which was close to the values recorded in the hot Algerian desert, exceptional precipitation events, deadly floods in Asia and Europe, and drought events in parts of Africa and South America. The effects of climate change and dangers of weather-related effects have devastating effects that have changed the course of life for local communities on every continent.”

The term "La Niña" refers to a widespread decrease in surface temperatures in the central and eastern tropical Pacific Ocean, with significant impacts on weather conditions worldwide.

This phenomenon, whose effects are often opposite to those of El Niño, usually occurs every two to seven years, but it has occurred twice since 2020.

The World Meteorological Organization reached its conclusions after merging six sets of leading international data, including the European Copernicus Earth Observation Program and the US National Oceanic and Atmospheric Administration, which announced similar results last week.

The data sets showed that the average global temperature in 2021 was about 1.11 degrees Celsius above pre-industrial levels.

Last year was also the seventh in a row that the global temperature exceeded a degree Celsius above pre-industrial levels.

The World Meteorological Organization warned that "the average global temperature in 2021 is close to the minimum temperature increase that the Paris Agreement seeks to avoid."

The 2015 Paris Agreement saw signatories agree to limit climate warming to “well below” two degrees Celsius above pre-industrial levels, and 1.5 degrees if possible.

The organization stressed that the uninterrupted warm period over the past seven years was part of a long-term trend towards an even greater rise in global temperatures.

"Since the 1980s, each decade has been much warmer than the previous one, and that is expected to continue," she said.

The data sets showed a slight difference in the position of 2021 in the list of the seven hottest years ever, as it came fifth according to the assessment of "Copernicus" and sixth in the assessment of the US National Oceanic and Atmospheric Administration, while other bodies said that it ranked seventh.

"Slight differences between these data sets indicate a margin of error in calculating the global average temperature," the WMO said.

But although the year 2021 was one of the seven coldest and hottest years, it recorded record temperatures and witnessed severe weather phenomena associated with global warming.

World leaders pledge to do more to ....