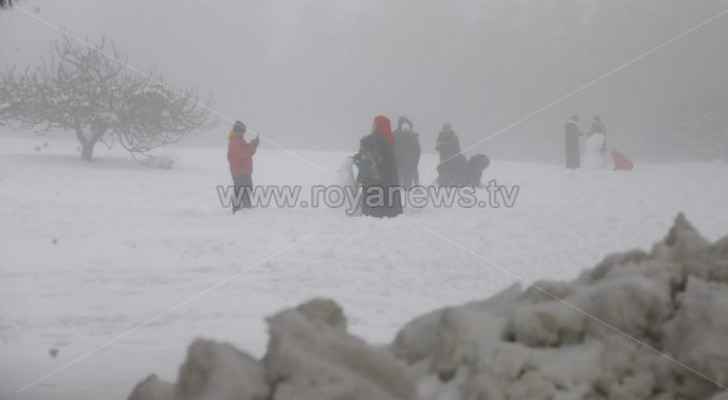 Tuesday evening, the Chief Operating Officer at Arabia Weather, Osama Al-Tarifi, said that the air depression that will affect Jordan has already started to form over the Turkish lands and with it the cold air front has begun to form, which has started moving towards Jordan.

Tarifi told Roya, that the amounts of rainfall in this air depression are higher than the previous depressions that affected Jordan in the past days.

Tarifi said that the amounts of rain are expected to reach 20 - 50 millimeters.

He pointed out that the cold temperatures will start affecting the country at dawn and on Wednesday morning. At that time, snow will begin to fall over heights of more than 1,000 meters, after which the chances of snowfall will decrease during the hours of the day.

Following that, the level of snowfall decreases to reach the mountainous heights of more than 800 meters in the evening hours.

Tarifi explained that the depression is only expected to last for 24 hours, and it is characterized by strong winds in the afternoon hours, with a speed of up to 100 kilometers per hour, and temperatures reaching -3 °C.

Sand storms are expected to occur in some areas, however, Tarifi pointed out that the main concern is black ice, especially due to the rain falling in the evening hours of Wednesday and Thursday night, which will make driving on roads very difficult with snow and rain on some roads in addition to the low temperatures.