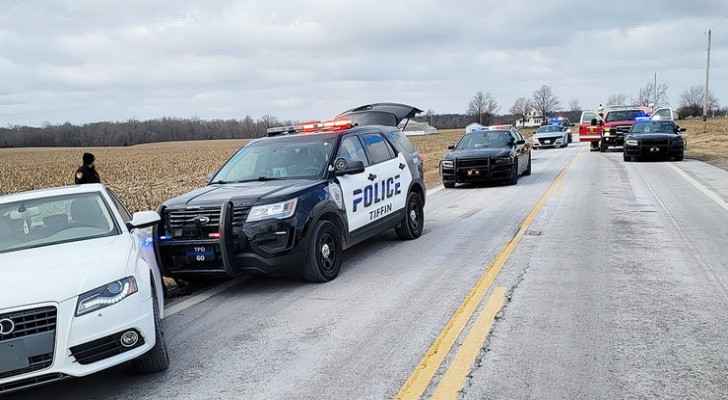 A man from Ohio stole a car with a passenger asleep in the backseat, who was eventually able to send their location updates to police.

Police said the incident started at the Taylor Hyundai in Findlay Saturday afternoon when two teenagers went to trade in their car.

A 31-year-old man got into the driver's seat of the car and drove away from the dealership with a 19-year-old in the backseat.

The car owner, 17, was able to track the vehicle's location as the passenger in the backseat was texting him real-time updates that were sent to Tiffin police officers as the vehicle approached the city.

Officers were able to spot the car and attempted a traffic stop near the Tiffin Mercy Hospital, but the 31-year-old man did not stop and led them on a pursuit, according to a press statement.

Seneca County deputies assisted Tiffin police officers in the pursuit that ended in a crash south of the county-line on SR 100, in Crawford County.

The 31-year-old man and the passenger were treated at the scene and then the police arrested the man.

Man arrested for attacking car of RHC Chief in ....

Man arrested for attacking car of RHC Chief in ....