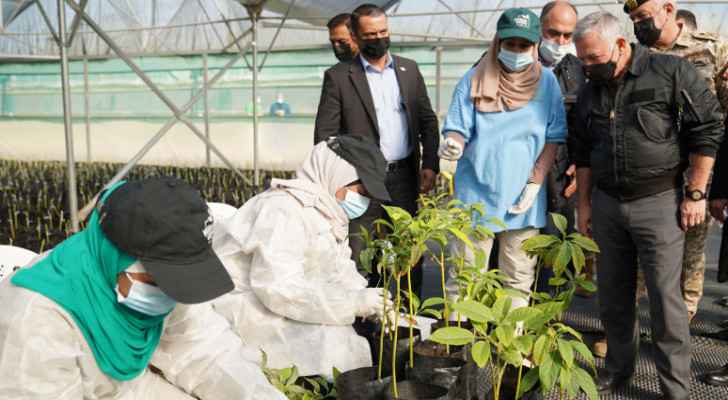 During a tour of the farms, one of which is owned by the Jordan Armed Forces-Arab Army, King Abdullah commended the efforts exerted by the farm owners and highlighted the ability of Jordanian farmers to compete regionally and globally.

His Majesty urged the Ministry of Agriculture to support farmers and small farming projects to increase their production capacity and export levels, noting the value of learning from global experiences while taking into account local needs.

The King stressed the importance of food security and boosting national food reserves, as well as adopting modern cost-effective farming methods in the Jordan Valley.

King departs Washington for UAE to extend condolences over ....

King departs Washington for UAE to ....